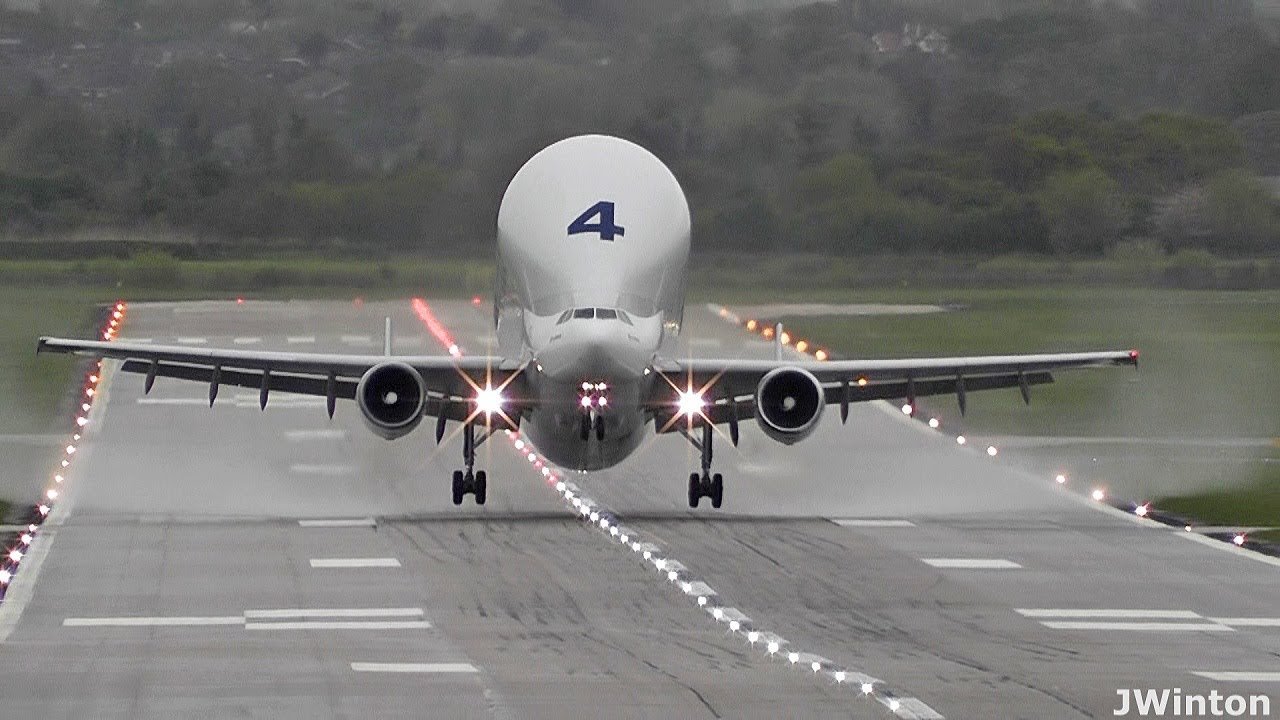 The Airbus A300-600ST (Super Transporter) or Beluga, is a version of the standard A300-600 wide-body airliner modified to carry aircraft parts and oversized cargo. It received the official name of Super Transporter early on; however, the name Beluga, a whale it resembles, gained popularity and has since been officially adopted.

The Beluga XL, based on the Airbus A330 with similar modifications and dimensions, is being developed by Airbus to replace the type around 2020.

I had the chance to see F-GSTD land and depart at Hawarden during my 2 week holiday in North Wales.