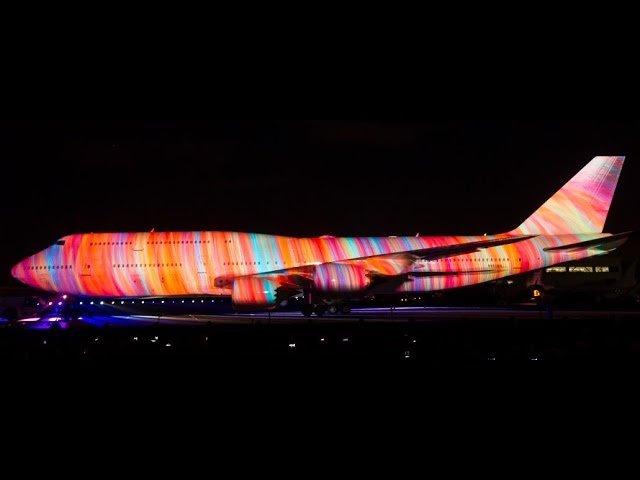 In July 2016 The Boeing Company celebrated its 100th year in business. As part of the commemoration, a one-of-a-kind light show was projected onto a 747 airplane and was debuted in front of nearly 100,000 employees, retirees and their families. The show includes historic photos, videos and animations and a tribute to the more than a million men and women who created this proud legacy. It is also intended to inspire those who will define Boeing’s second century. This amazing The show highlights the countless ways in which the company has led the aerospace and aviation industries and connected the world.