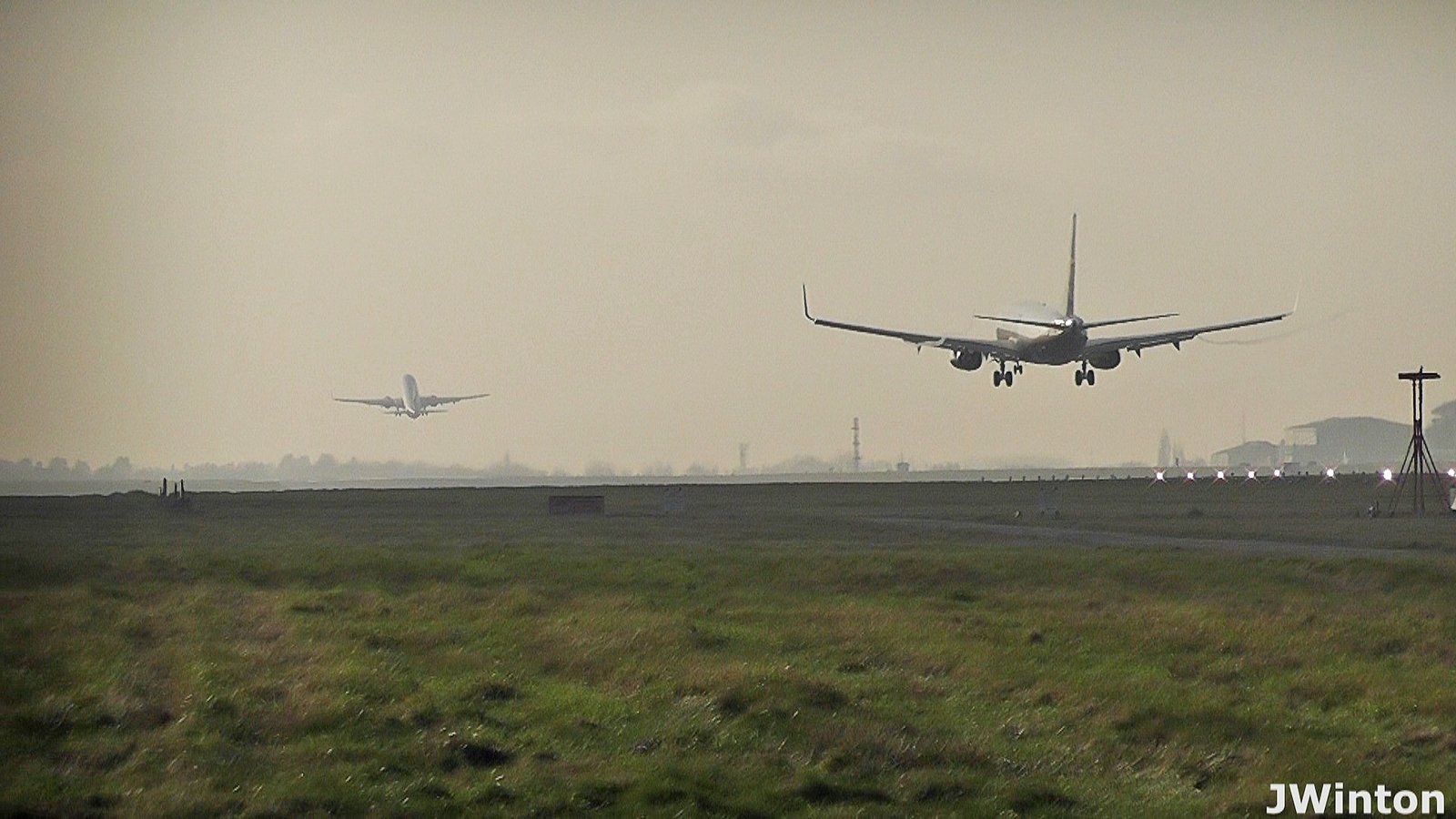 A close and late landing clearance at London Stansted Airport on Tuesday as Pegasus A320neo missed its high-speed exit and took more time than usual in vacating the runway.
This put the Ryanair lined up on the runway ready to depart, and the Ryanair on final approach both under pressure to both quickly depart and for the other to land.