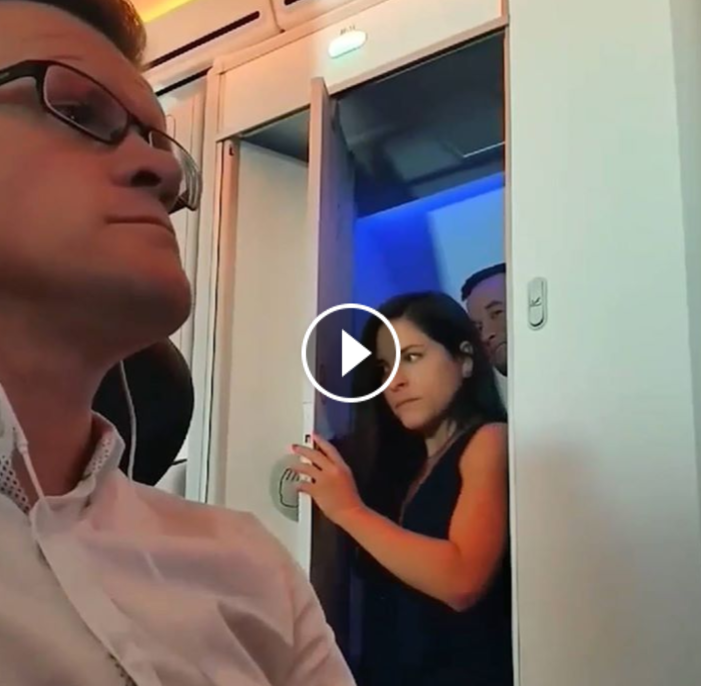 A couple have been caught on camera leaving a toilet on a Virgin Atlantic plane after appearing to have sneaked off for a mid-air romp.

This video has been shared on Friday by Virgin Atlantic on its Facebook page.

The footage was filmed on July 4 by another passenger on a flight from London Heathrow to Miami.

The clip shows the toilet door open to reveal a man and a woman standing inside together.

The woman nervously steps out and swiftly walks away as the grinning man locks the door behind her.

A few moments later the man emerges and makes his way back to his seat – but can’t seem to stop himself smiling.

The Brit passenger who uploaded the clip to Facebook, David Eve, wrote: “Wait, was, wasn’t there just two people in there? Naughty Americans!”

The video later went viral after being shared by Lad Bible, getting 4.6million views and 168,000 likes at the time of writing.

Thousands of people commented on the hilarious footage.