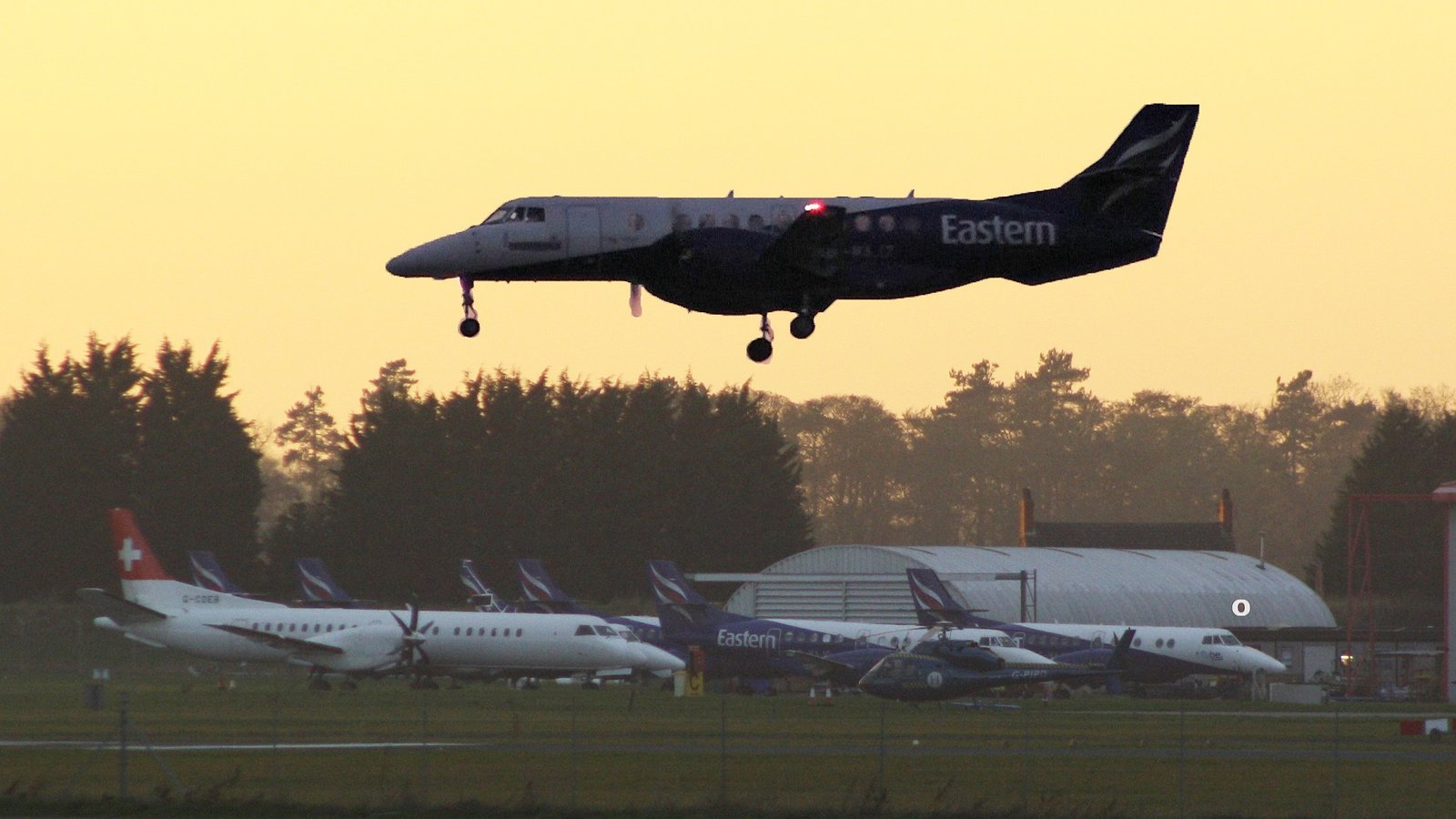 A year into Eastern Airways partnership with Flybe, an increasing number of the carriers BAE Jetstream41s are being put into permanent storage owing to route and frequency reductions in a market where Loganair is gaining a real foothold.
Here is one of Eastern Airways JS-41s G-MAJZ landing at Humberside Airport, having not flown a paying passenger since August this year.