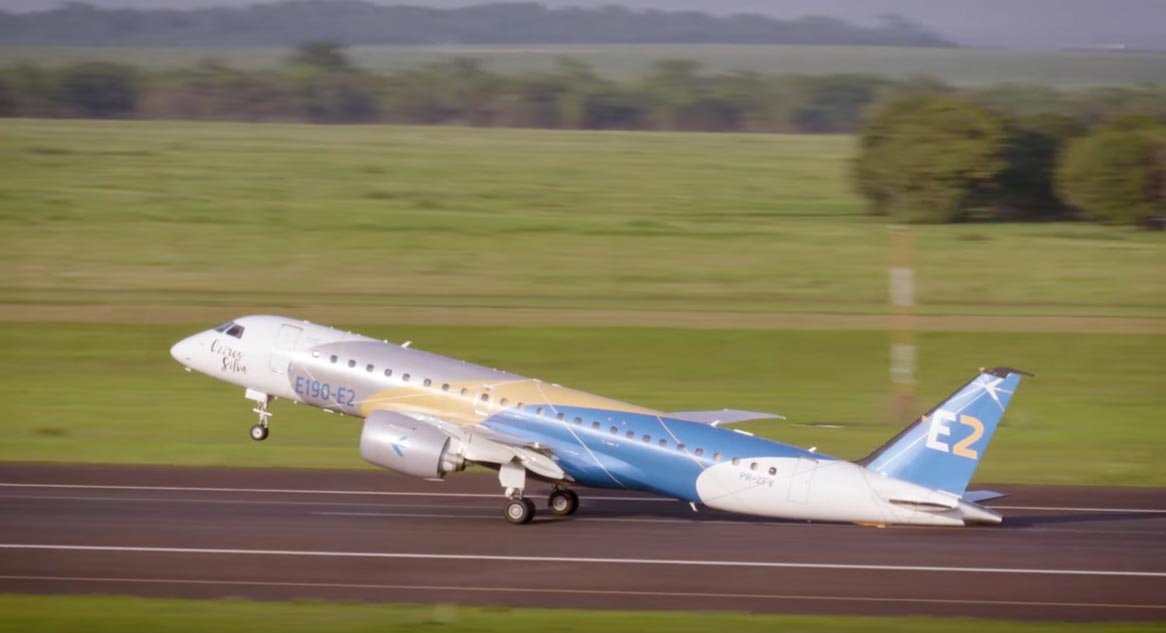 Embraer performed an exciting test earlier this month with one of the prototypes of the new jet E190-E.

In this test, the airplane accelerates down the runway until it reaches its maximum safe AOA (Angle of Attack) before taking off. The tail of the aircraft comes into contact with the runway.

To protect the tail and the fuselage from the damage, the test aircraft was equipped with a device acting as a safety barrier between the fuselage and the runway, when the aircraft reaches the maximum AOA during the take-off procedure at minimum speed.

Embraer explains that Vmu tests help determine the critical take-off speeds and the minimum distance required for the aircraft to take off.