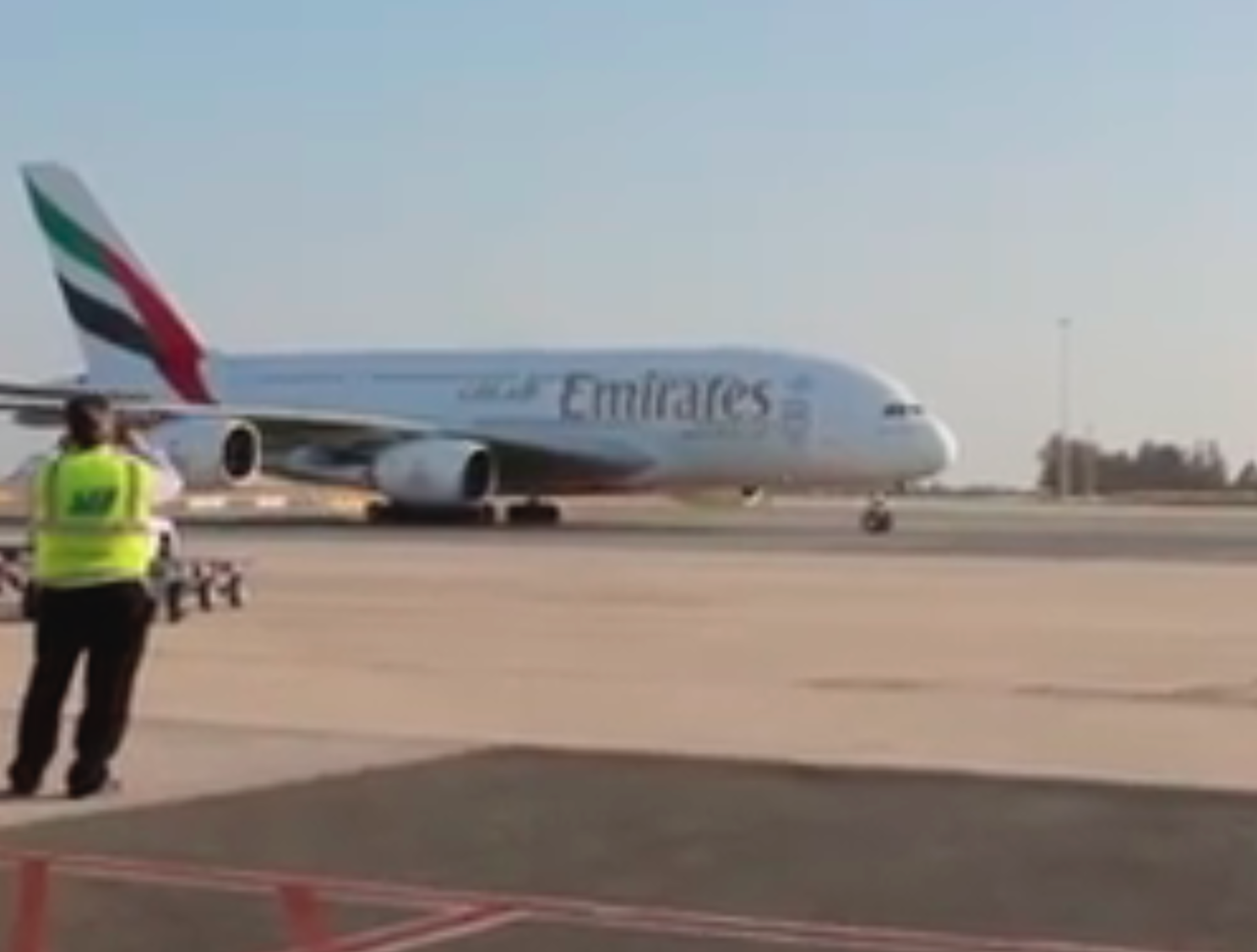 An Emirates flight made an emergency landing at Larnaca airport on Monday after a passenger fell ill.
The A380 aircraft was headed to the UK from Dubai when it asked for permission to land at Larnaca airport at around 6pm due to a medical emergency before departing for Manchester at 8pm.
This was the first time that the world’s largest aircraft had landed in Cyprus.