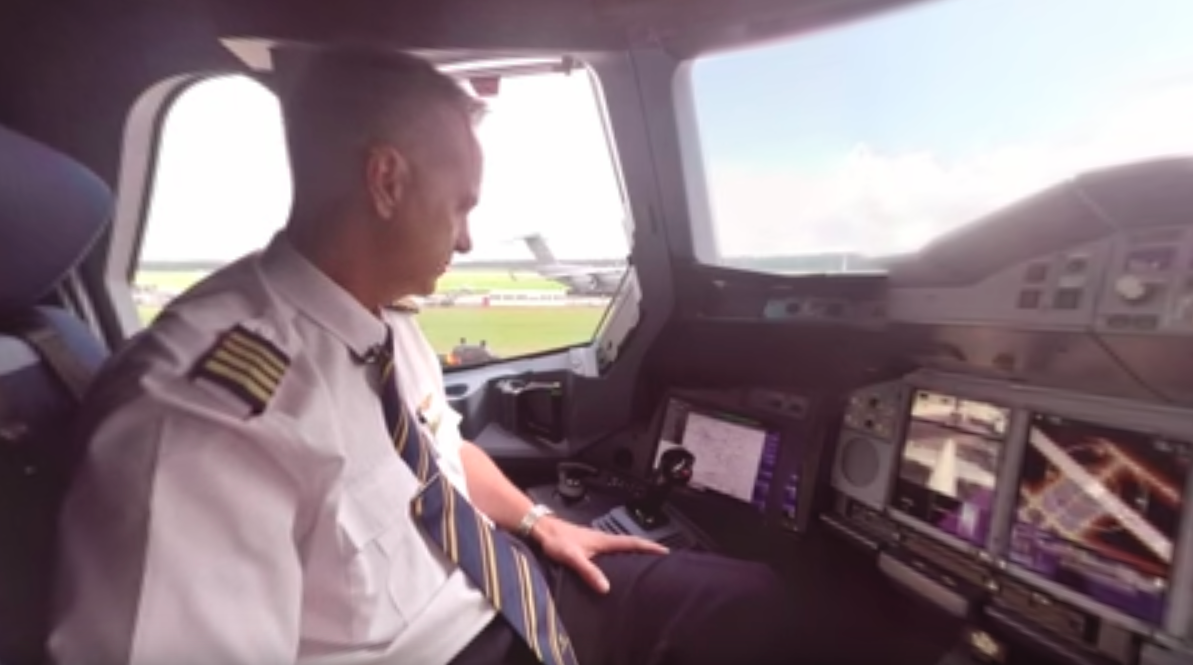 Emirates has released a 360-video tour of the cockpit of the world’s biggest passenger plane – the Airbus A380 – featuring Kiwi pilot, Thomas Ziarno. Captain Ziarno and first officer Abdulrahman Mohamed Al Busaeedi from the United Arab Emirates explain the the controls of the super jumbo. Emirates is the biggest operator of A380s in the world and flies them to Auckland via Australia from Dubai and later this year will fly directly from the UAE. Emirates has a further 62 A380s pending delivery, of which 21 A380s will be joining the fleet this year.