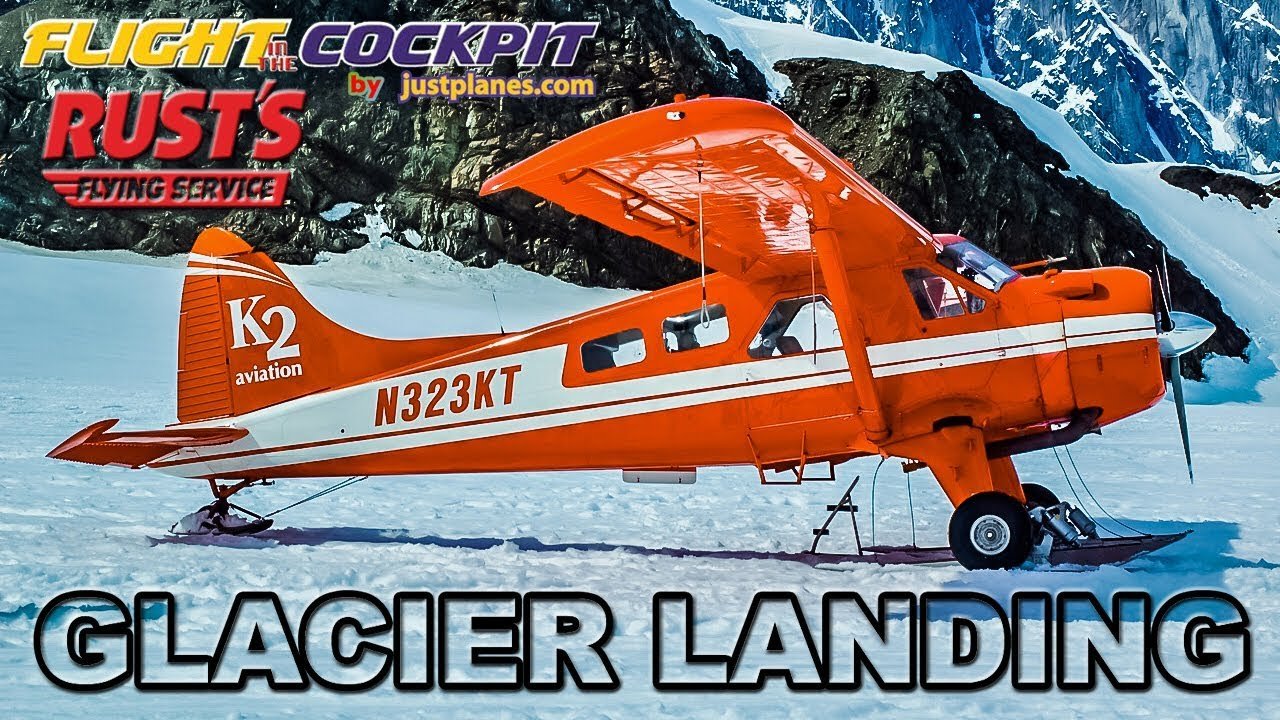 In 2007 JustPlanes spent a week in Alaska filming various adventures with Rust’s/K2 Aviation. The film includes flights to lakes in Alaska on the Cessna, Beaver and Otter.
On the Cessna 206 we take the Denali/Mt McKinley tour and visit the highest peak in North America! Then we go on a tour of the Prince William Sound. And last but not least, as seen on this short video, we take the Beaver for an amazing flight around Denali in between peaks and land on a Ruth Glacier at 6000 feet. Really a once in a lifetime adventure. Find the full 3 hour film at http://www.worldairroutes.com/Rusts.html