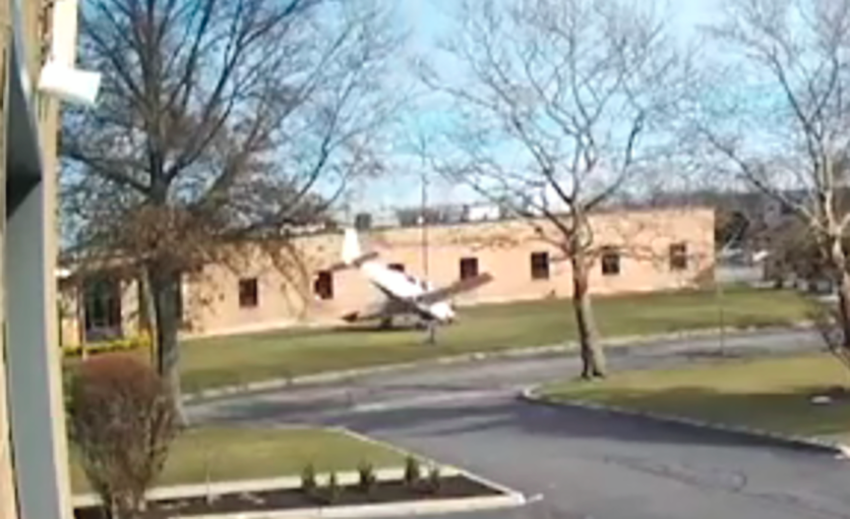 Surveillance video captured a small plane that fell from the sky and made an emergency landing Saturday on the front lawn of a business in Hauppauge.

In the footage, the Cirrus SR22 plane can be seen hitting the lawn and bouncing once before its emergency parachute drapes over the roof of a building.

The pilot and his daughter were inside the plane when it crashed and exited unharmed moments later. The pilot reported having engine trouble as he was approaching Republic Airport in Farmingdale. The aircraft was en route there from Rhode Island.

The Cirrus SR22 aircraft is one of the only small planes to have an emergency parachute, and aviation experts say the pilot was lucky to have one equipped.