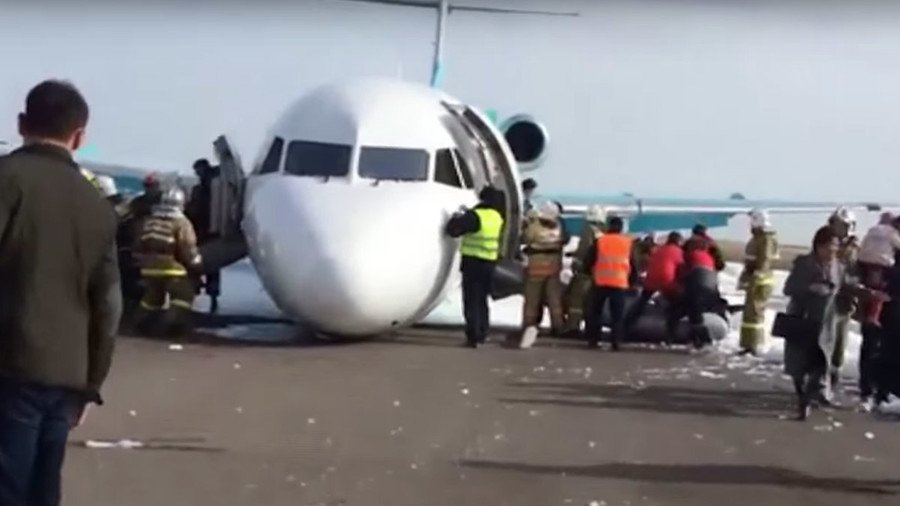 A Bek Air Fokker 100, registration UP-F1012 performing flight Z9-2041 from Kzyl-Orda to Astana (Kazakhstan) with 116 passengers and 5 crew, was on approach to Astana when the crew could not extend the nose gear and went around.

The aircraft needed to land on runway 22 without nose gear about 50 minutes after the first go around, the crew kept the nose as long as practicable before lowering the nose onto the runway. The aircraft came to a stop on the runway and was evacuated.

All 116 passengers and five crew members on board the Bek Air plane landed safely on sunday, with no injuries reported.