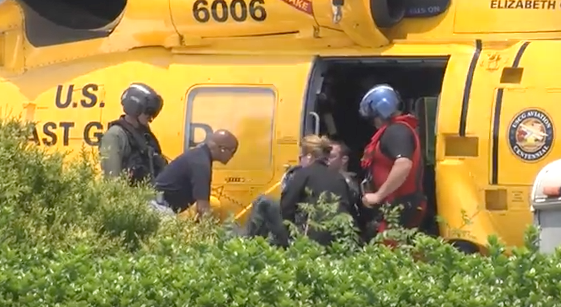 Two F/A-18 fighter jets from Virginia Beach crashed off the coast of North Carolina on Thursday morning after a “mid-air mishap,” and all four crew members were rescued after they ejected and were taken to a Norfolk hospital to be treated for minor injuries, military officials said.

The Navy said the Super Hornets came down about 27 miles off Cape Hatteras about 10:30 a.m. A commercial fishing vessel recovered two survivors from the water, while the Coast Guard plucked out the other two. All four were flown to Sentara Norfolk General Hospital by Coast Guard helicopters.