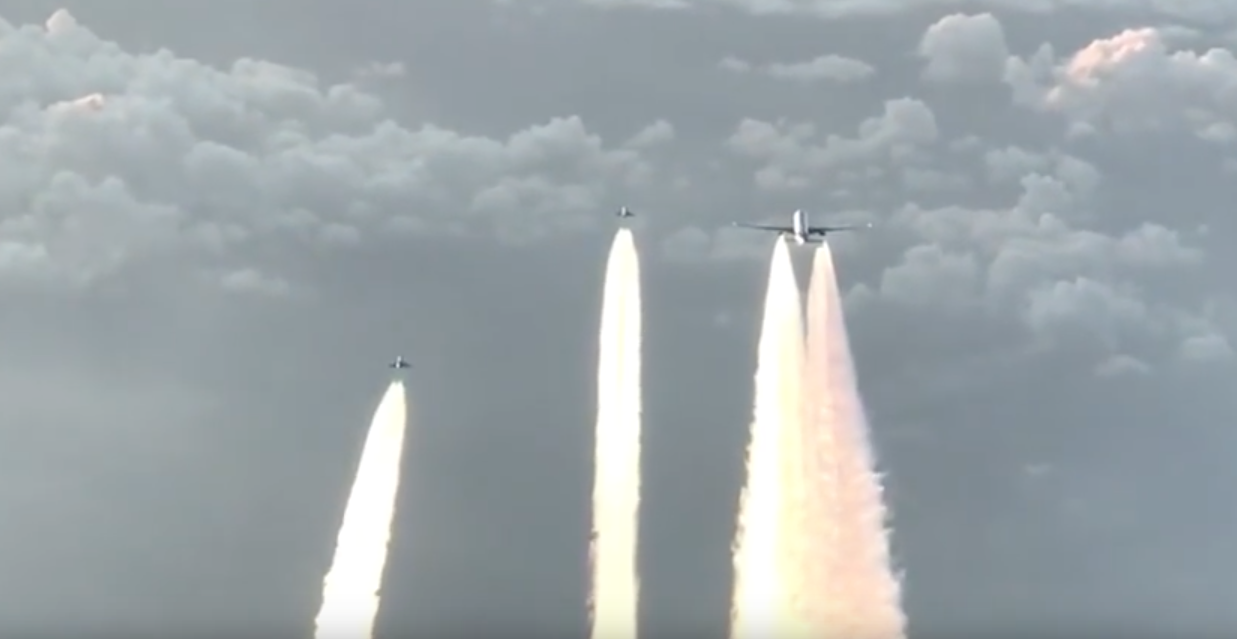 A pilot of British Airways flight #BA2042 from Male to London Gatwick was able to capture this moment from the cockpit.