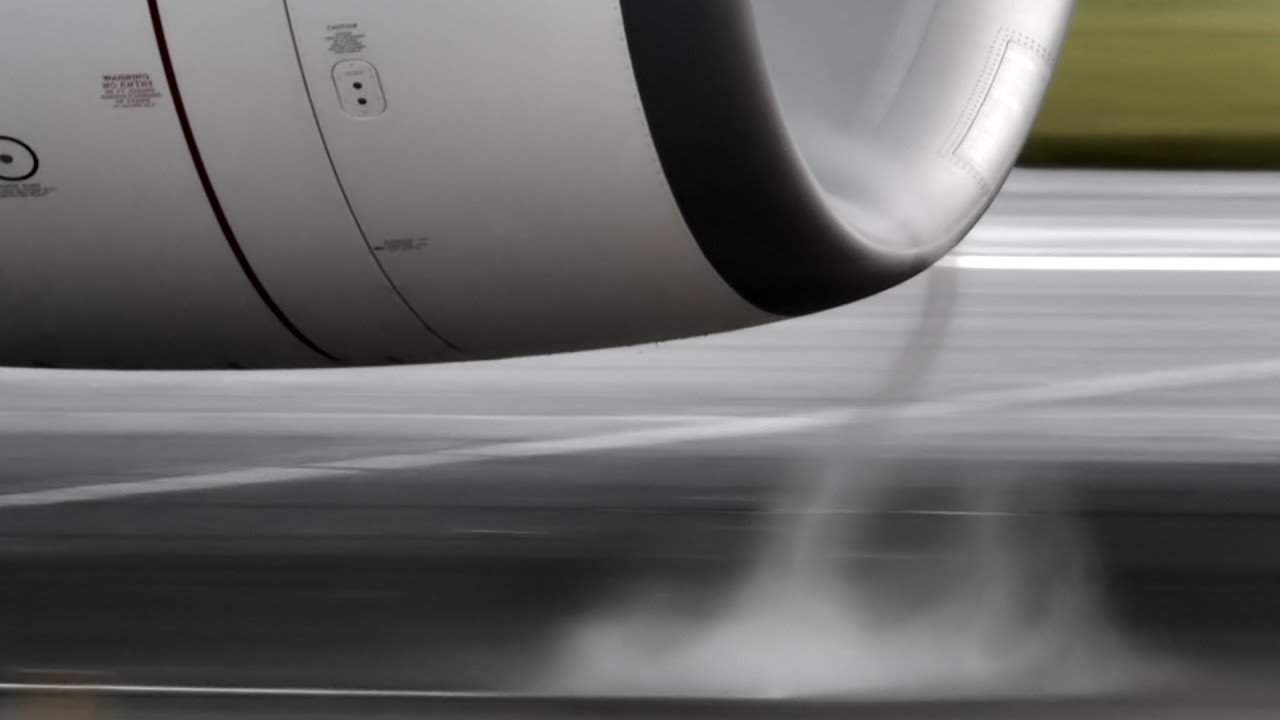 The long trails behind the wings of landing planes may be the best known but are not the only signs of spinning air coming off aircraft.

Jet engines produce a number of such vortices – which only become obvious when water vapor in the air condenses around the vortex into visible droplets, as in this video.

Three kinds are shown here: that between the jet intake and a wet runway at the start of a takeoff run; the interior of the jet intake; and finally the narrow trail produced by the little strakes (protruding fins) fitted to engine casings.