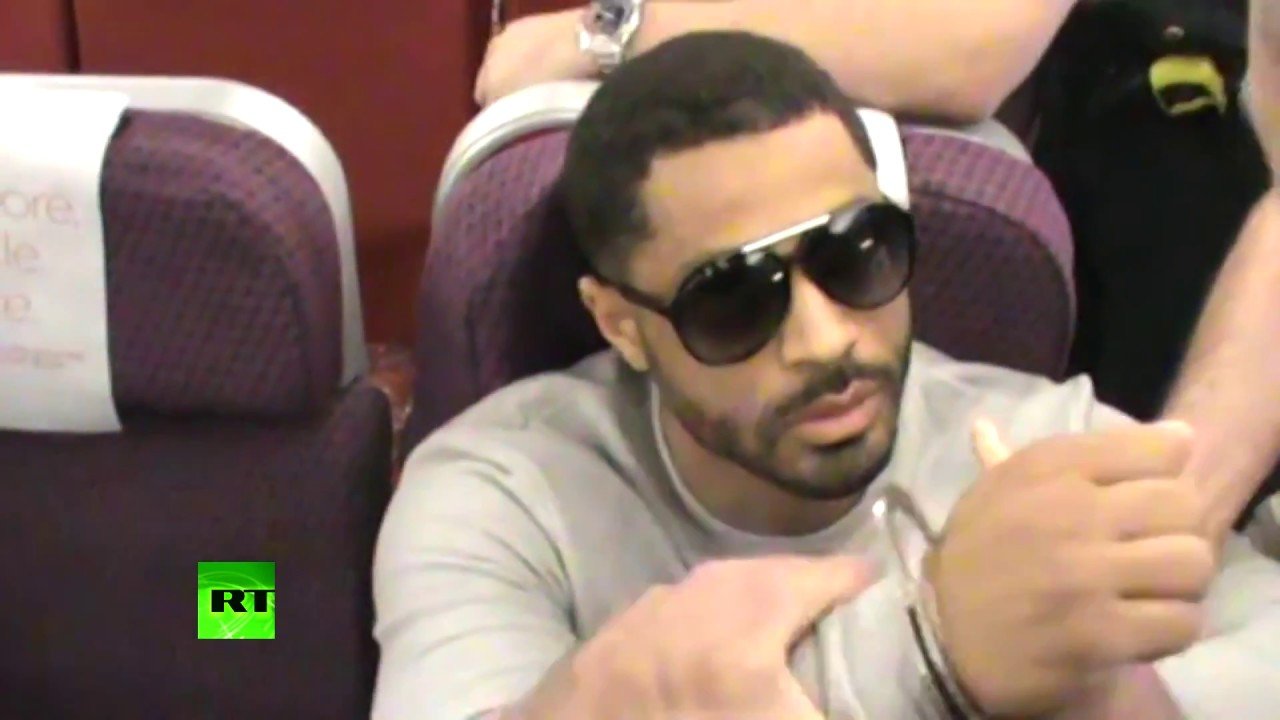 The moment police boarded a plane to arrest two “barbaric” burglars who poured boiling water over an elderly couple after breaking into their home has been caught on camera.

Footage shows police boarding the plane as it arrived at Heathrow Airport to arrest Daniel Wallace, 33, and Kacey Adams, 34, as they returned from a spending spree in Dubai after their £50,000 (US$62,200) raid.

Their luggage was found to contain more than £18,000 of luxury goods.

Sentenced to life in prison on Monday, Adams and Wallace broke into their victims’ home in Halstead, Kent, last April. The pair tied up John Buswell, 66, and his wife Janis, 64, with cable ties before repeatedly assaulting them and demanding money.