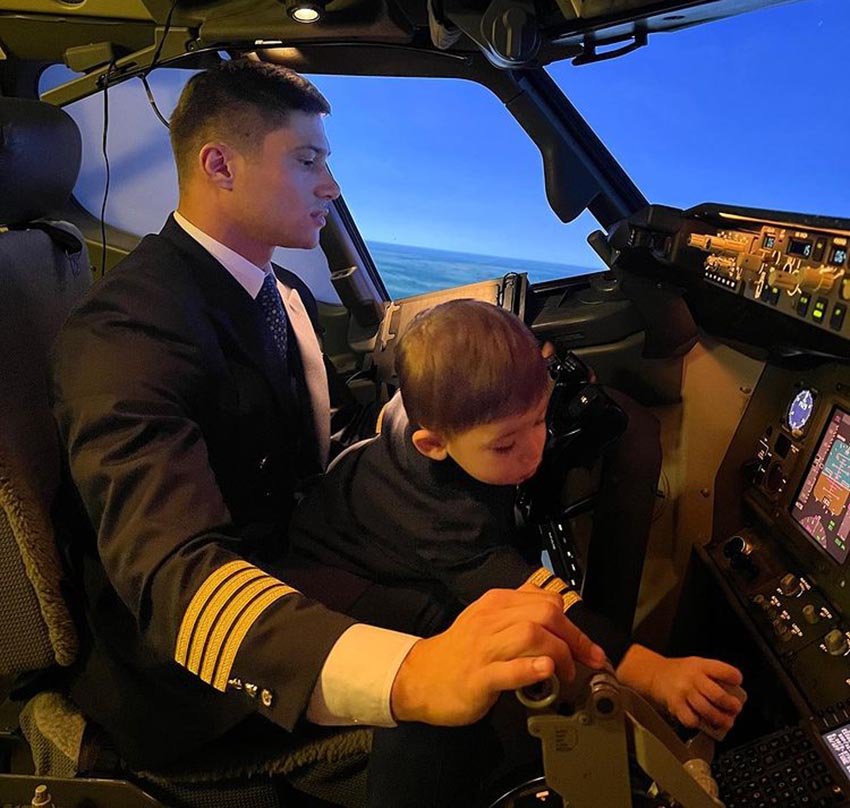 The video of a Russian father with his son became viral on Instagram.

Dima Kuznetsov, a Russian Captain of Boeing 737 NG published a video with his son on instagram.

The pilot can be seen with his son on his lap while practicing landing in simulator.

The young dad (29 yo) is helped by his son who is holding the Boeing yoke during the landing.

In another picture, the young boy manages the throttle in roder to reduce the speed during the approach.