VIDEO Passengers get into fistfight aboard Southwest flight #WN2530 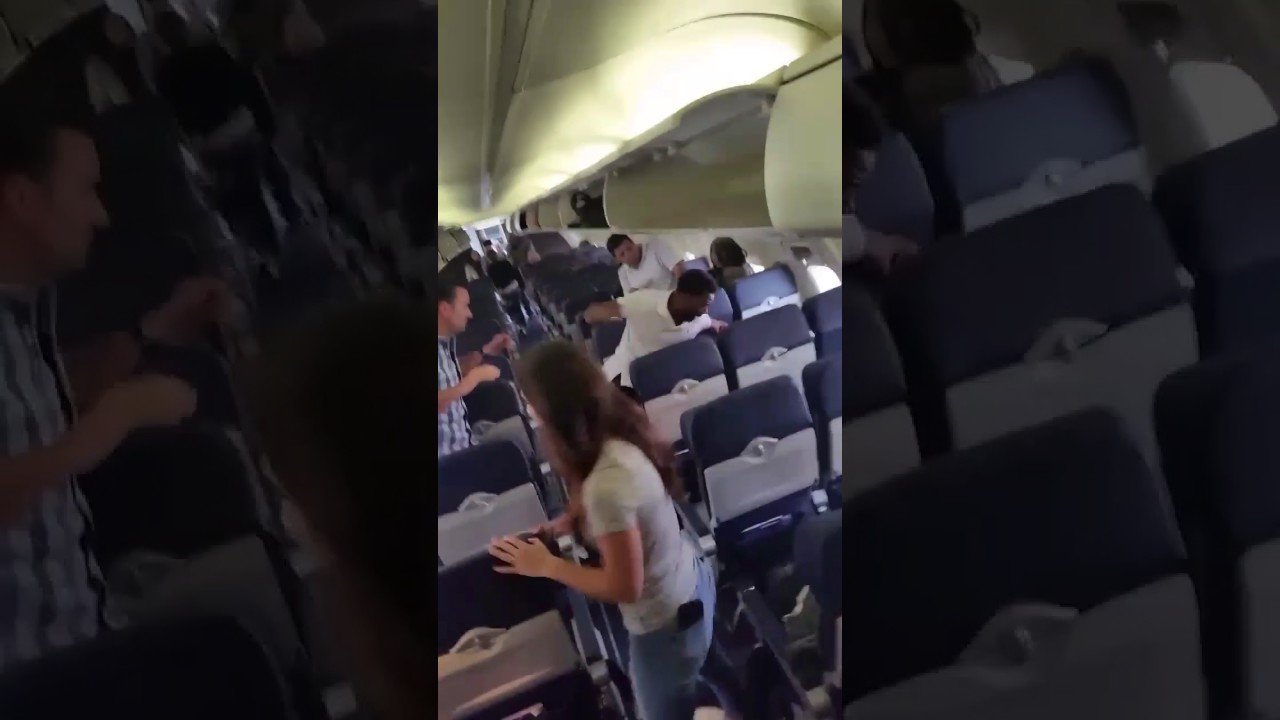 Two passengers got into a fight on a Southwest flight shortly after the plane landed in Burbank, California.

Southwest flight 2530 had traveled from Dallas and was on a short layover at Hollywood Burbank Airport before continuing on to Oakland. But as the plane taxied to the gate, two men began fighting, Burbank Police said. The altercation worsened as fellow passengers were attempting to get off the plane at the gate, according to Southwest Airlines.
Cellphone video of the incident surfaced on social media. In the video, the two men appear to be jostling for position near a row of seats, when one man forces the other over the backs of the seats in front of them. Leaning over his opponent, the man can be seen unleashing a series of punches before fellow passengers rush in to stop the fight.
The suspect was arrested on suspicion of assault and battery, while police said the victim suffered a contusion to his left eye, a laceration to his nose and a chipped tooth.

Burbank police identified the suspect as Chaze Mickalo Cable, 37, of Lancaster. He was arrested for assault and battery and held on $50,000 bail.