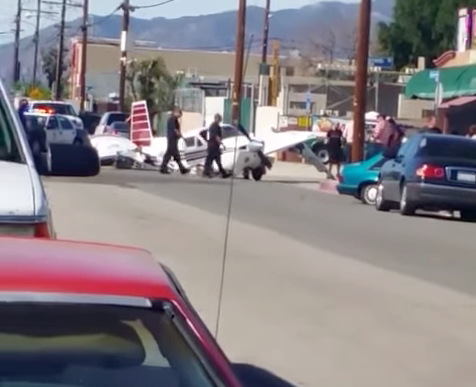 The small fixed-wing aircraft crashed in the 10100 block of North San Fernando Road, according to the Los Angeles Fire Department. The location was near Whiteman Airport.

Reports of a crash were made to the Los Angeles Police Department around 1:30 p.m., Detective Megan Aguilar said.

Firefighters arrived about 10 minutes later and determined no one was injured.

The pilot was “very, very fortunate” to be able to maneuver to a fairly wide road, and that no pedestrians were injured, said Margaret Stewart, a spokeswoman for the Fire Department.