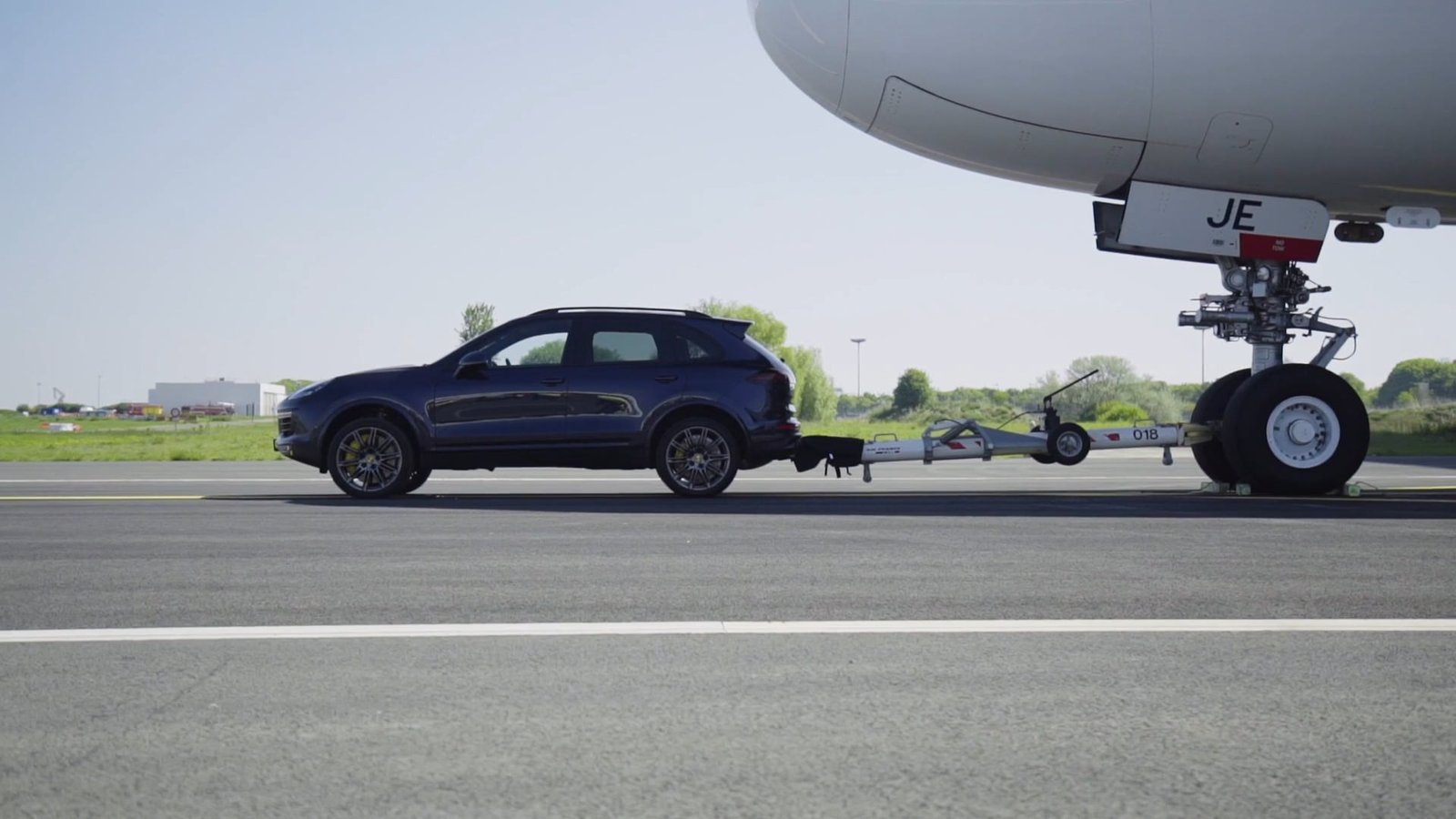 The Porsche Cayenne is now officially a Guinness World Record holder – the German SUV has taken the crown of heaviest aircraft pulled by a production car during a recent publicity stunt at Paris Charles de Gaulle Airport. The new record was set using a standard £66,676 Cayenne S Diesel, which makes use of a 4.1-litre V8 twin-turbo producing 380bhp, but more importantly, 850Nm of torque. With those figures it was able to tug a colossal, 285 tonne, 516 seat, 73 metres long Airbus A380 supplied by Air France over a distance of 42 metres.