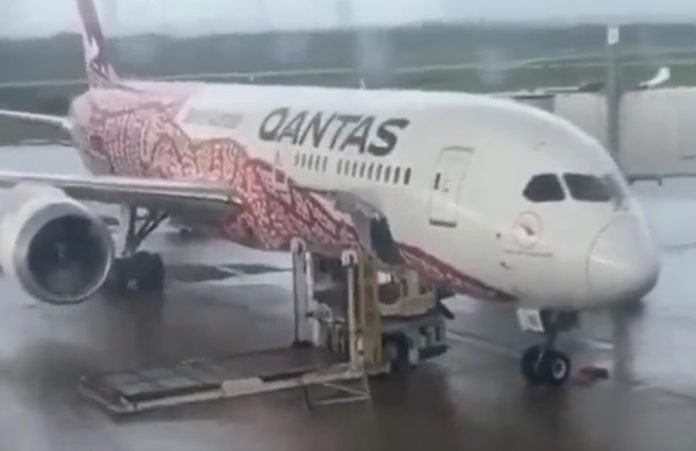 The Boeing 787-9 Dreamliner, with registration VH-ZND, was preparing for its next flight when a tornado hit it. The Dreamliner had landed in Brisbane as flight QF 16 from Los Angeles on October 20.

As seen in footage shared on the internet, the tornado lifted the Dreamliner’s front gear off the ground and collided with some ground equipment. The Dreamliner was turned away from the parking position leading to the collision. The aircraft has suffered a significant fuselage crack due to the collision.

The Weather Service confirmed that a short-lived tornado occurred during a supercell storm near the airport on Friday morning. The roofs of some smaller buildings at the airport were ripped off. No one was injured in the destructive tornado.

Tornado meets Dreamliner at Brisbane Airport, VH-ZND suffered a possible fuselage crack when picked up by the wind @airlivenet pic.twitter.com/OgbnmJNhsZ

Brisbane Airport reportedly received 91 millimetres of rain on Friday morning alone, which is more than the entire October monthly average for the area.

The Boeing 787-9 Dreamliner impacted by the tornado was delivered to the airline in February 2018 and is currently 3.7 years old. The aircraft is painted in a special ‘Yam Dreaming’ livery and named Emily Kame Kngwarreye after the artist who designed the livery.