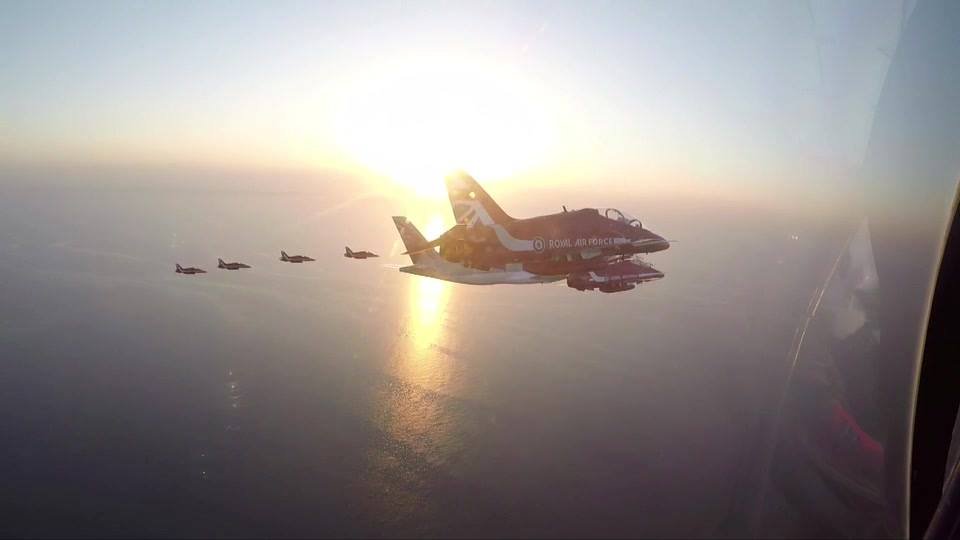 Join us in the cockpit and see what it's like to fly up-close with a big airliner. This was the view from Red 8's jet as the Royal Air Force Aerobatic Team formated with a Qatar Airways Airbus A350 over Doha. The flypast marked the airline's 20th anniversary and highlighted UK engineering excellence, with both the A350 and the Red Arrows' Hawks powered by Rolls-Royce engines and the Airbus having wings made in Wales.

Thousands of people have watched as a Qatar Airways aircraft flew in formation over Doha with the world-famous Red Arrows aerobatic display team, an event taking place as the airline celebrates its twentieth anniversary. The event, hosted by the British ambassador to the State of Qatar, Ajay Sharma, and Qatar Airways Group chief executive, Akbar Al Baker, included an incredible display over the city’s sweeping corniche.