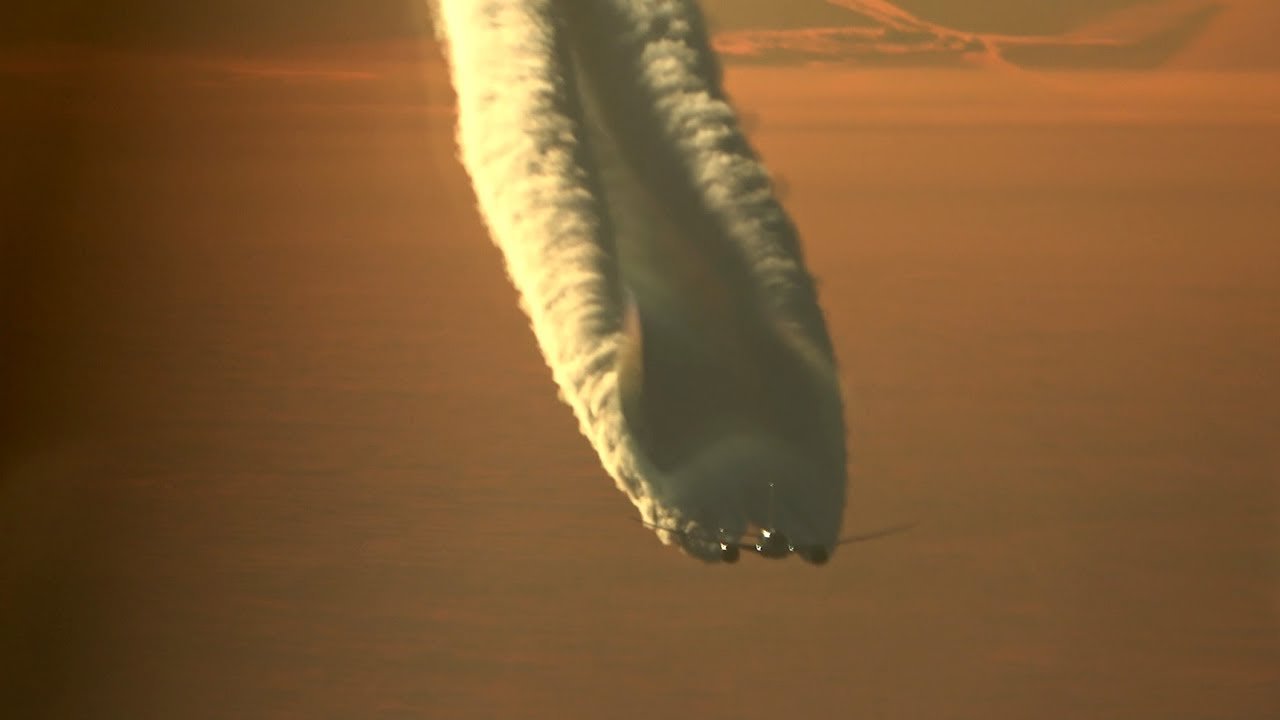 A pilot has captured incredible footage of contrails billowing from the engines of a Boeing 787 Dreamliner at an altitude of 33,000ft.

Lou Boyer was piloting a Boeing 747 flight from Tokyo to Alaska when he saw the contrails over eastern Russia.

The Dreamliner was flying towards Asia when Boyer spotted it passing 1000ft below his own aircraft. The pilot described the event as “normal traffic separation on an airway.”

“Due to volcanic activity in the area, quite a few flights were on the same route over eastern Russia,” Boyer told.

“The combination of high relative humidity and a nice sunrise gave this contrail a nice deep color as the contrail created its own shadow,” he added.