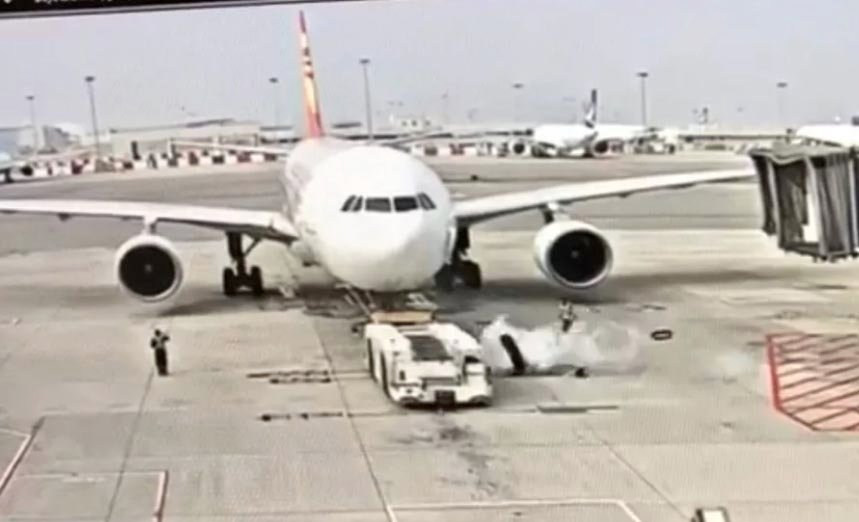 At least one worker was driving the tug and two “wing walkers” were standing either side of the Hong Kong Airlines plane when the explosion took place. It happened only seconds after the aircraft began pushing back from the departure gate for its flight to Seoul.

Closed-circuit television footage shows the tyre and an unidentified piece of the wheel separating, and pressurised air shooting out. The video appears to suggest the tyre had been incorrectly pressurised.

The tyre shoots off at high speed and ends up about 10 metres away under an airport jet bridge, which passengers use to enter and exit planes. The unidentified piece flies out of shot in the footage.