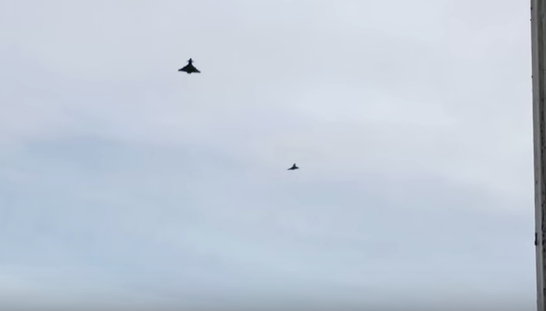 The RAF confirmed that it had scrambled to RAF Typhoon Quick Reaction Alert (QRA) aircraft to intercept an “unresponsive” aircraft.

The Aircraft, a Bombardier Challenger 300 (CL30 D-BTLT), was escorted to Cardiff Wales Airport (CWL/EGFF) prompting a major incident and causing the Airport and surrounding roads to be closed for a short period.