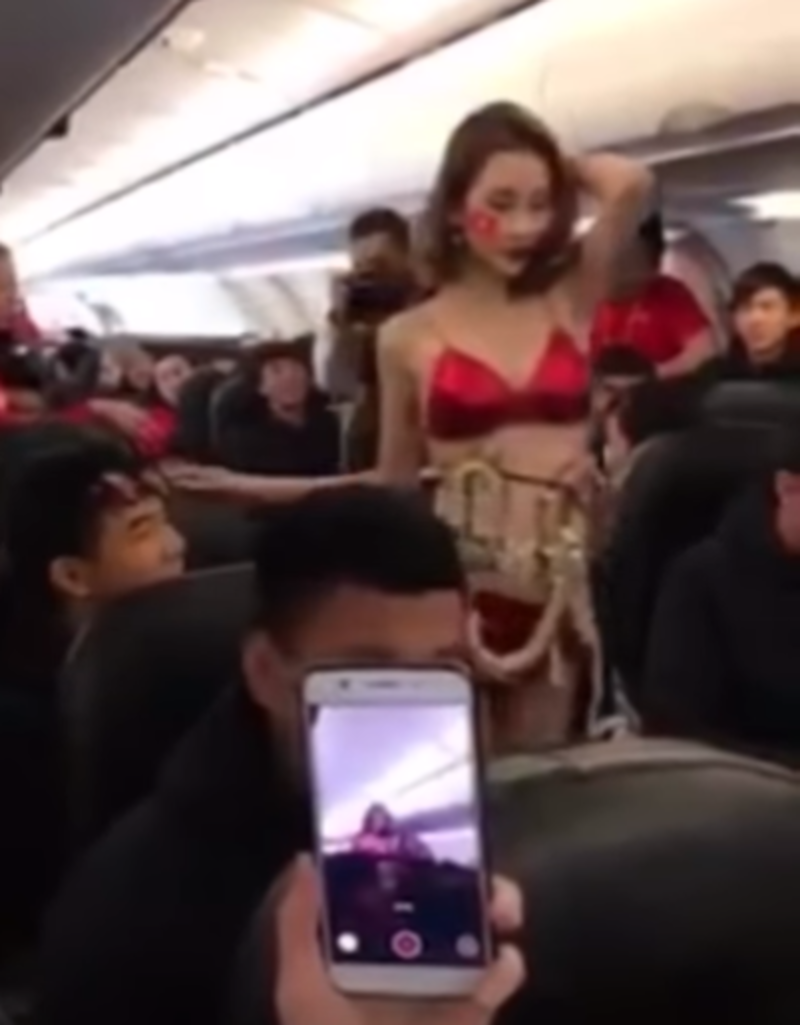 Vietnam’s budget airline has apologised for sending scantily-clad models to join the country’s under-23 football squad on a flight home.

Vietjet came under fire again for sending models in barely-there costumes to join the footballers heading home from China after Under-23 Asian Football Confederation (AFC) Championship on Saturday.

The players were treated to a rock star welcome after they returned home on Sunday. Hordes of flag-waving fans packed the streets of Hanoi to catch a glimpse of the team.

Vietjet apologised for the stunt on Sunday, saying it was an “improvised move” and not a well-thought-out marketing strategy. It said “relevant staff” had been disciplined.