Violent brawl at Dublin Airport: one man arrested, another hospitalised 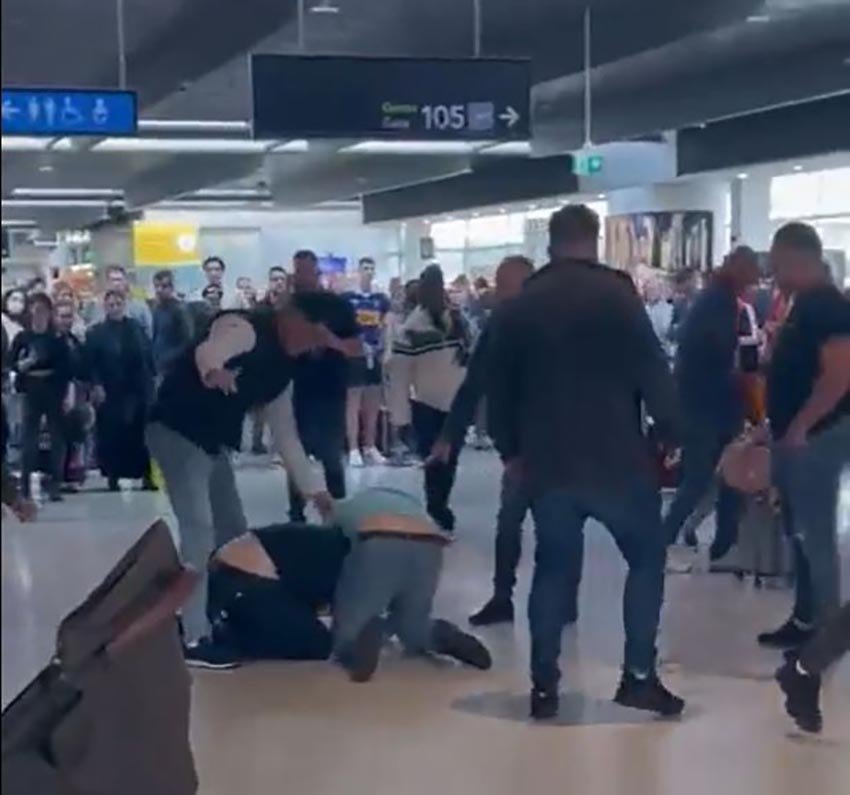 Gardaí and Dublin Airport police were called to the scene of fight between a number of men at the airport on Tuesday evening.

The incident was captured on video, via mobile phone, by one passenger and the footage has since gone viral on social media.

In reply to queries, Garda Headquarters confirmed Garda members had been called to an incident at the airport. The fight appeared to be taking place in an airside area of the departures section, near the catering services and flight gates.

One man was arrested and another was hospitalised after sustaining injuries.

“Gardaí, with the assistance of the DAA Airport Police, responded to a public order incident at Dublin Airport yesterday evening, May 24th. One man has since been taken to Beaumont Hospital where he is receiving treatment.”

A man in his 20s was arrested and taken to Swords Garda station for questioning. He has since been released and was due to appear before the before Swords District Court on June 14th.

It is believed all of the men at the scene were known to each other and that all of of them were Irish. The motive for the fight was unclear.