Viral video of man flying in his homemade drone 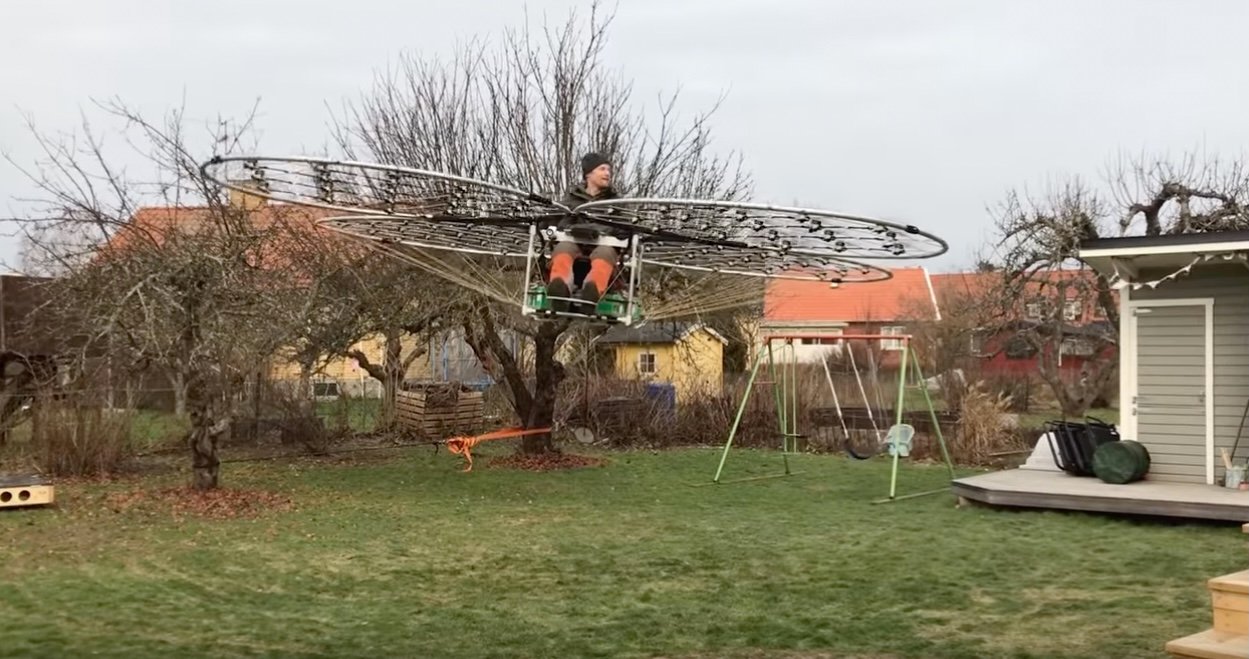 The 2019 video is from Swedish engineer Axel Borg’s flying chAIR.

Footage shows a bundled-up gent seated between four large aluminum hoops, each strung up to hold 18 two-foot-ish long propellers. Pilot and craft then rise from the lawn, hover around a bit, and after performing a 180 set back down.

Borg has been working on the modular craft for over half a decade, and has improved it since the now viral shots were taken. It is assembled around the pilot’s seat – which is itself designed to motor across the ground when detached from the rest. The four hoops and their lattice of propellers are fixed to the chAIR, and from there all that’s needed is a flick of a switch (and considerable noise) for the flight to begin.

Borg, the creative force behind YouTube channel AmazingDIYProjects, has written a book on building the chAIR. He developed it on a $10,000 budget, and time taken between responsibilities of a full-time job and raising two children. He provides specs and other information on the craft in this video of his first speed test.

Borg tells DroneDJ that the chAIR has been “retired due to metal fatigue due to unresolved resonance issues.” He’s now deciding whether “disassembly and selling off parts or offering it to a local aeronautical museum”.