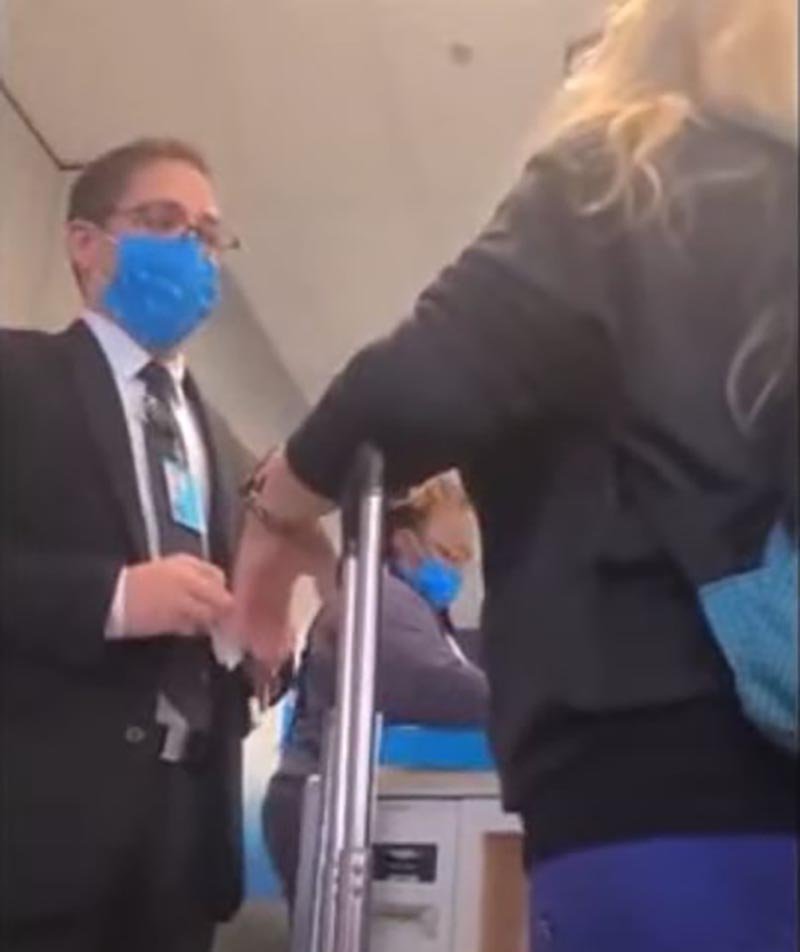 Viral video captured an American Airlines passenger being booted off a Texas-to-Florida flight after she allegedly refused to properly mask up.

The action unfolded Saturday at Dallas-Fort Worth International Airport as passengers boarded Flight 2823 to Miami, which was running four hours late due to a maintenance issue.

An agent spotted the female passenger wearing a “fabric mask with rhinestones” that had holes in it, he said.

The passenger put on a paper mask that was handed to her and boarded the flight but was brought back up the jet bridge minutes later, according to the witness.

The gate agent was recorded calmly telling the woman, “You called my employee a b—-.”

“Completely uncalled for and inappropriate. You’re not going to travel,” the agent continued. “We don’t tolerate that crap with us at all. So you can find another carrier to fly with. I’d suggest Spirit.”

The agent told the woman she was spotted taking off the paper mask handed to her and putting on the bedazzled covering the airline had ruled out minutes earlier.

“If you don’t want to follow a federal mask mandate and then on top of that calling a vulgar name to my employee, that’s not going to happen,” the agent said in video footage that had drawn more than 4 million views by midday Thursday.

In a statement on Thursday, American Airlines confirmed that a traveler was removed from the flight “after failing to comply with the federal mask mandate and addressing one of our team members using profane language.” “We expect our customers to comply with our policies and treat everyone with respect when they choose to travel with us, and we take action when that is not the case,” the statement continued.