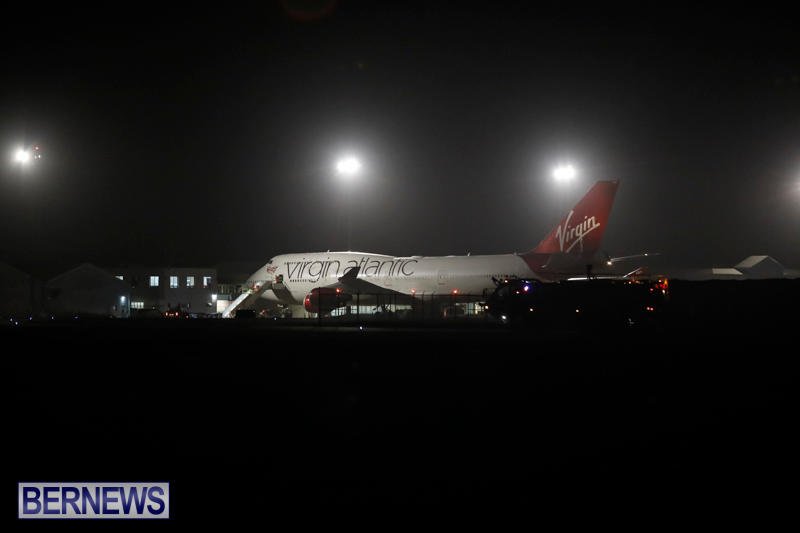 A Virgin Atlantic flight from London diverted to Bermuda Monday night with an ill little passenger on board.

The Boeing 747-400 (reg. G-VROM) made an unscheduled emergency landing at the LF Wade International Airport on Monday night with 429 passengers and 14 crew members on board, including an 18-month child who needed immediate medical assistance.

The flight #VS15 was from London Gatwick enroute to Orlando, Florida.

A Skyport Airport Duty Officer said: “The 18-month-old passenger was treated on board by a nurse before arriving in Bermuda. “Once the airplane landed, the child and his parents were taken off the flight and rushed to the King Edward VII Memorial hospital via ambulance for treatment.”

The remaining passengers were taken to various hotel properties around the Island where they spent the night. Passengers arrived at the airport as early as 11.00 a.m. to check in and were offered a buffet lunch and snacks from Boulevard Café.

The flight #VS15 departed the Island for Orlando at approximately 7.40 p.m.