Vistara Airbus A320 attacked by a swarm of bees, delays flight by an hour (VIDEO) 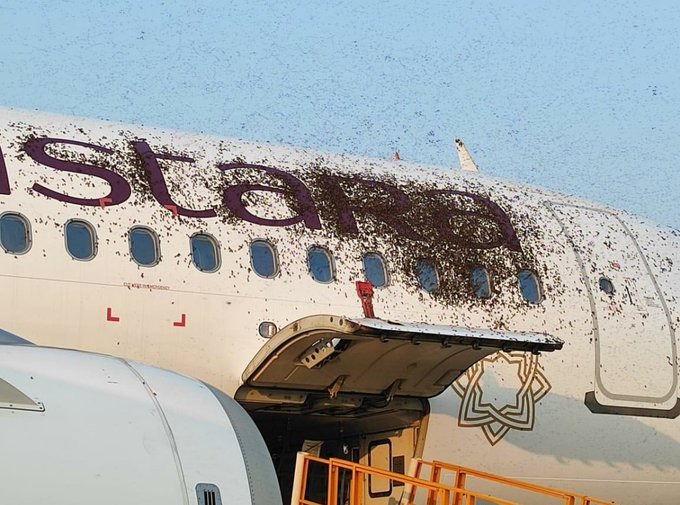 A swarm of bees attacked a Vistara Airlines Airbus A320 at Kolkata Airport. No passengers were onboard the aircraft as the bee attack was noticed before boarding.

Fire-fighting personnel sprayed water from water cannons on the swarm of bees to disperse them away from the aircraft.

“Within minutes, lakhs of bees had settled on the plane as though ready to build a hive. Water jets had to be sprayed for a good 30 minutes to dislodge them. The flight ultimately took off at 6.30 pm instead of 5.30 pm,” said a Vistara official.