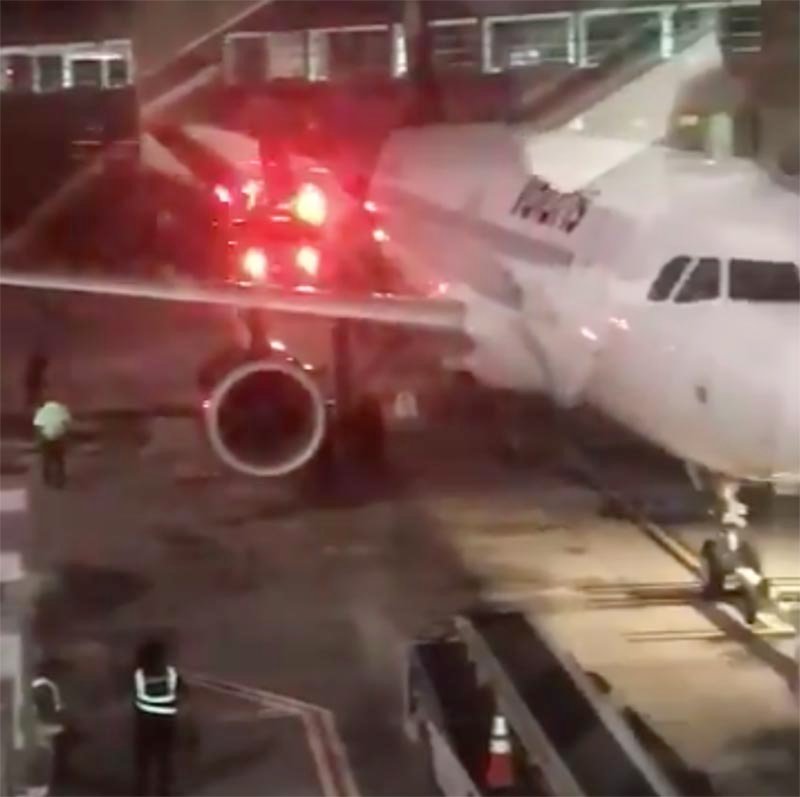 @nbcbayarea @volaris Fuel gushing from an airbus due to a ‘short circuit’ finally evacuated from plane, currently being cleaned up. We were told half a tank leaked out…! #sfo #volaris #eeek pic.twitter.com/4kSHtTmaB4

A Volaris flight scheduled to depart from San Francisco International Airport early Tuesday was canceled after the plane leaked fuel onto the tarmac, according to an airport official.

As of 5 a.m., crews were still in the process of cleaning up the spill, the duty manager said.

No one was injured in the spill, according to the duty manager.