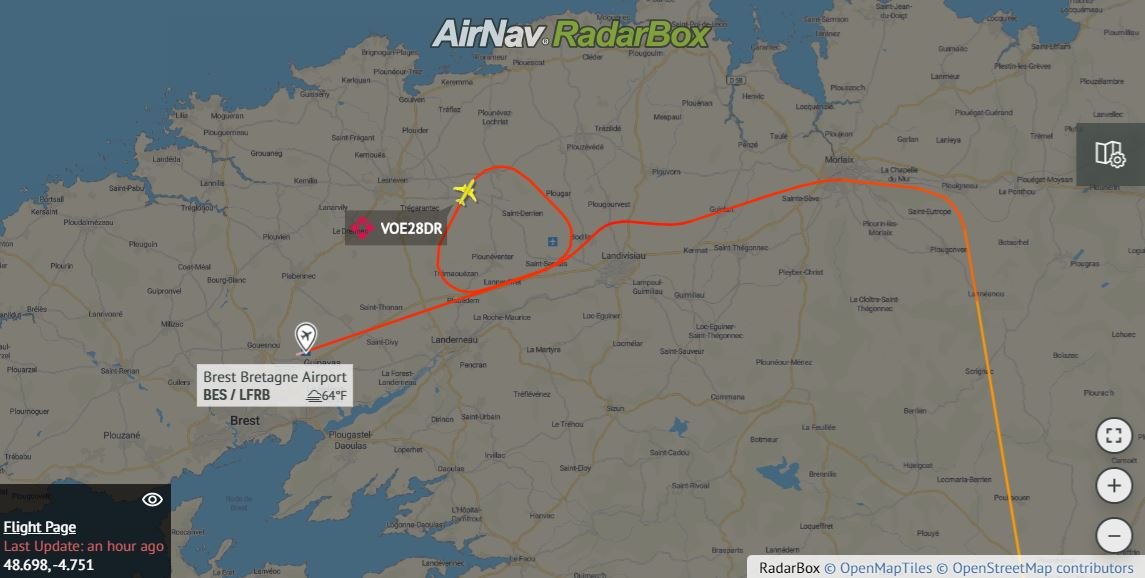 A Volotea aircraft began approach to naval airbase in Brittany before going around.

A Volotea Airbus A319 began to approach the Landivisiau naval airbase in Brittany before going around and landing at the correct airport.

Two hours into the flight, the aircraft modified its trajectory and started an initial approach towards Landivisiau Naval Airbase, 22 kilometers east of Brest airport.

At about 1,300 feet, the flight crew discontinued their approach and initiated a go-around. They eventually corrected their trajectory and landed without incident at Brest airport about 20 minutes later.