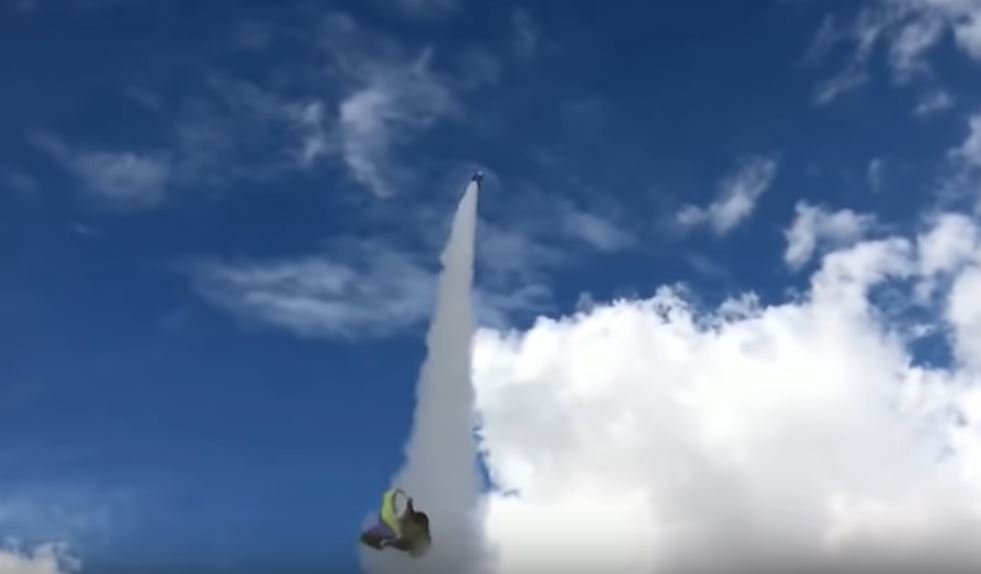 A US daredevil pilot has been killed during an attempted launch of a homemade rocket in the Californian desert.

A video on social media shows a rocket being fired into the sky before plummeting to the ground nearby.

Hughes was well-known for his belief that the Earth was flat. He hoped to prove his theory by going to space.

In the video of the launch, a parachute can be seen trailing behind the rocket, apparently deployed too early, seconds after take-off.

San Bernardino County Sheriff’s Department said its officers were called to a rocket launch event at around 14:00 local time (22:00 GMT) on Saturday.

The sheriff’s office said “a man was pronounced deceased after the rocket crashed in the open desert”. Hughes’ publicist confirmed to US media outlets that it was the pilot who had been killed.