What are the UFOs spotted in the livestream from the International Space Station? 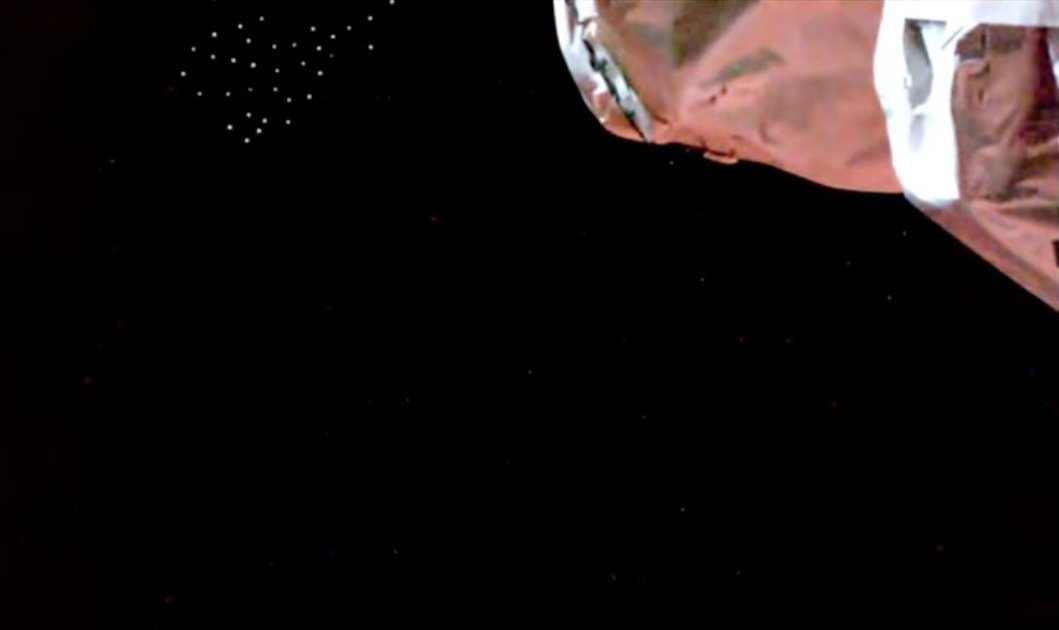 Bright spots in the dark filmed by the International Space Station.

These images, released in early May, come from an orbiting camera pointed at Earth. They were not rigged, but NASA explains that they are most certainly fishing boats off the coast of Argentina. A hypothesis corroborated by the investigations of the AFP.

As the camera flies over an area plunged into darkness, a cluster of about thirty luminous points, motionless in relation to each other, seems to pass in a straight line in front of the camera, for 32 seconds.

Within the video shared by Internet users, which AFP was able to access it. Its camera always pointed towards the surface of the globe.

And after exactly one hour and twelve minutes, the 34 luminous points appear. These images were therefore indeed filmed from the ISS.

Thanks to the free ISS Tracker site, the AFP was able to determine that the station was on May 6 at 00:31 (GMT+2) somewhere over South America, flying over an area off Argentina.

Contacted by AFP, the NASA Earth Observatory , the service of the American space agency specializing in the study of climate data and the study of satellite images, provided an explanation as to the source of these luminous points.

“They are almost certainly fishing boats. They are often fishing in formation like what appears in the video ,” NASA explains. According to the space agency, these vessels “fish at night because their lights help attract fish near the boats” .

The NASA Earth Observatory has also devoted several articles to this phenomenon, during which fishing boats are visible from space ( 1 , 2 , 3 ).