What will become of Air Berlin routes and aircraft? 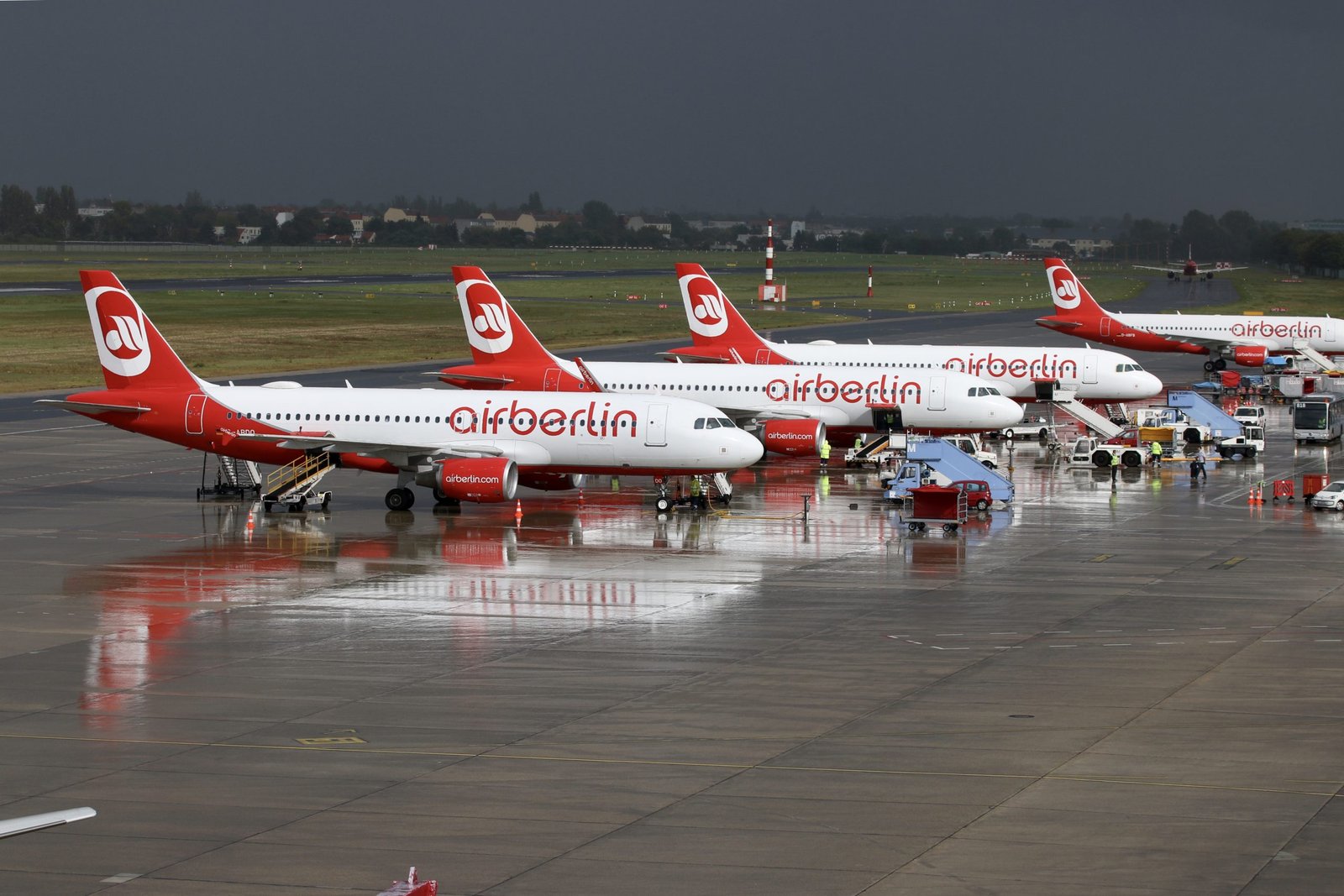 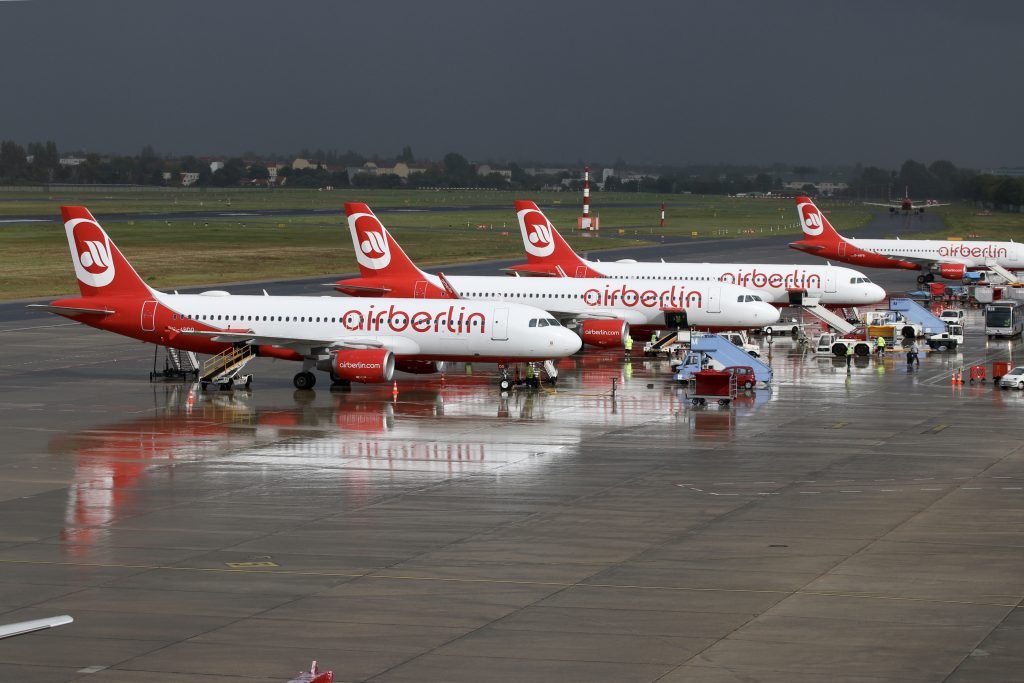 What will become of Air Berlin routes and aircraft, after the airline is ending flight operations on October 27th? Everything you need to know in this article.

Update: Please see: “Air Berlin is gone. What will become of aircraft, routes and employees now?” for the latest information about this topic.

Two airlines are still bidding for Air Berlin aircraft, routes and slots, but the main bidder for Air Berlins leftover is Lufthansa Group.

Update: On October 12th it was announced that Lufthansa Group will take over 81 aircraft and 3000 employees of Air Berlin for 210 million Euro. LH will invest another 1.5 billion Euro into the airline.

Air Berlin currently operates a fleet of 97 Airbus and Bombardier aircraft (compared to 144 in April), 37 of them are flying exclusively for Eurowings (32) and Austrian Airlines (5) in a wet-lease agreement with Lufthansa Group.
Its subsidiary airlines Niki Luftfahrt and Luftfahrtgesellschaft Walter (LGW) are operating a total of 50 aircraft (20 of them are flying for Air Berlin). This makes a total of 127 aircraft operating Air Berlin Group flights.

One aircraft (D-ABDX) of Air Berlin’s fleet is currently grounded at Reykjavik’s Keflavik airport, because the airline isn’t paying charges – even before it was filing for insolvency.

Air Berlin is part of the airline alliance Oneworld. Oneworld has confirmed that Air Berlin will be leaving the alliance on October 27th.

On September 26th, Lufthansa’s Supervisory Board approved a one billion Euro investment for the acquisition of up to 61 aircraft for Eurowings – most of them will come from Air Berlin.

Eurowings is starting many new short-haul routes from Berlin (Tegel), Düsseldorf, Munich, Cologne, Hamburg, Nuremberg, Stuttgart, Salzburg and Zurich in January 2018 as well as increasing the frequency of existing routes. 35 of them are currently served by AB.

Eurowings will also take over Air Berlins subsidiary LGW, who are currently operating 20 Bombardier Dash 8 Q400s for AB. LGW will then use the Dash fleet on some of Eurowings’ new routes from Q1 2018. The airline has announced Bombardier Dash flights from Düsseldorf to Copenhagen, Stuttgart, Bologna and Florence. All four routes will start on January 15, more will follow.

Air Berlin has ended all four remaining long-haul routes on October 16th after already cancelling most long-haul operations (including all from Berlin) in September.
The long-haul airplanes are leased, so they wont be taken by anyone bidding for the airline. 15 of 17 Airbus A330-200s were ferried to Shannon, Tarbes-Lourdes, Hahn and Zurich for temporary storage. The last two A330s (D-ABXB & D-ALPH) will be flying to Teruel and Rio de Janeiro.
Malaysia Airlines is going to lease 6 ex-Air Berlin A330s from 2018.

Meanwhile, Lufthansa has announced two new transatlantic routes, Düsseldorf to Miami (3x weekly) and Berlin Tegel to New York JFK (5x weekly). Both routes are due to start on November 8th (operated by Airbus A330-300) and will be transferred to Eurowings in summer 2018.

The Berlin-JFK route is also the first time that Lufthansa is basing a long-haul aircraft in the German Capital since 2001.

The flight to Punta Cana on Noverber 8th will be Eurowings’ first long-haul flight from Düsseldorf Airport.

Eurowings is also planning future long-haul flights from Munich and Berlin, up to 3 Airbus A330s are going to be based in Munich by the end of 2018.

To manage the increased transfer passenger traffic between European hubs and Berlin, Lufthansa, Swiss and Austrian will use wide body aircraft (including A340, 747 and 777) on flights to Berlin Tegel Airport, starting October 23rd.

The following routes will be served by wide body aircraft on selected flights:

Another airline interested in Air Berlin is EasyJet. The British low-cost carrier wants to buy up to 30 short-haul aircraft from Air Berlin, to expand their network in Germany.
It is still unclear if and how many aircraft the airline will take over, because of problems in the internal talks between them and AB.

EasyJet has said, they want to start several domestic routes in Germany using Air Berlin slots. The question if they’ll move from Berlin’s Schönefeld Airport to Tegel Airport or operate from both airports is not answered yet.

Update: On October 13th it was reported that EasyJet is getting some or all slots for Air Berlin’s Berlin-Tegel to Düsseldorf and Munich routes. 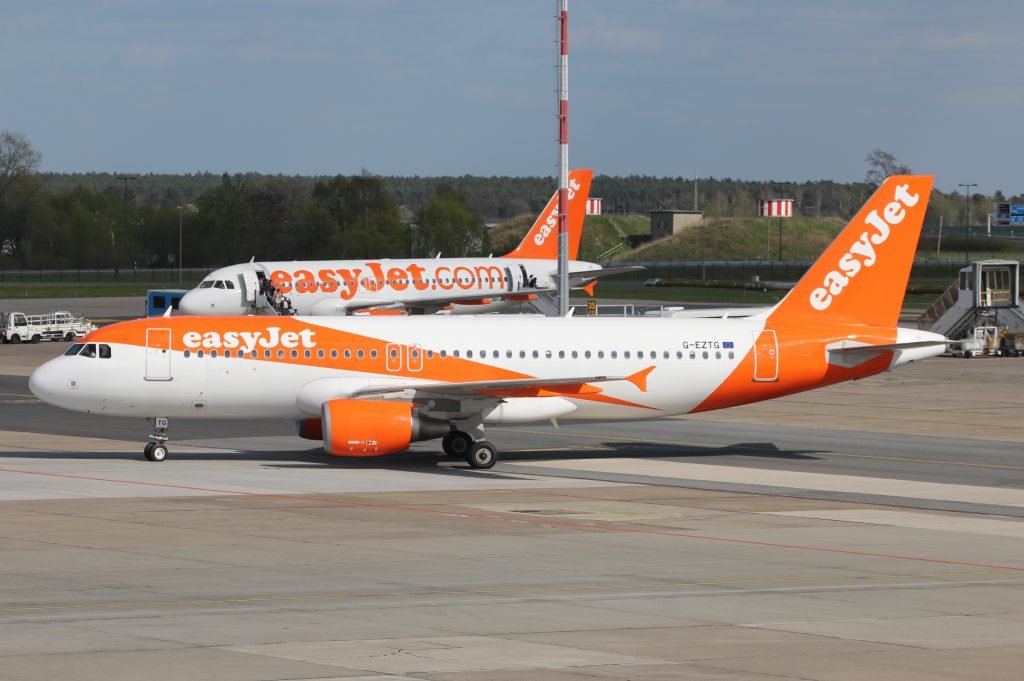 To replace the now-gone Air Berlin long-haul flights from Düsseldorf to the Caribbean, Thomas Cook owned Condor is starting non-stop transatlantic routes from Düsseldorf Airport to leisure destinations in central America, starting November 1st.
The following routes have been announced:

The routes will be operated by Canadian charter airline Air Transat using Airbus A330-200 aircraft.

Low-cost carrier Norwegian is interested in starting long-haul flights from Düsseldorf as well, but they have not mentioned any specific plans yet.

This article is constantly being updated. Last update on October 20th.