What will happen to US aircraft and helicopters that fell into Taliban’s hands? 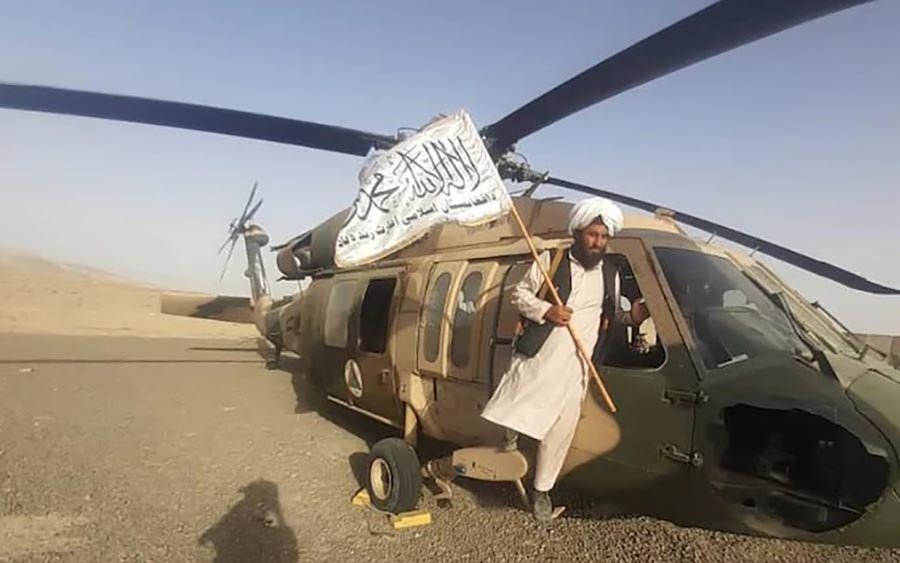 A decision has to be made regarding to the war equipment that fell into Taliban’s hands.

Washington is still attempting to gauge the scope of United States weaponry and technology that have fallen into the hands of the Taliban following Afghanistan’s fall to the militants, though it is believed to be considerable.

Materiel the Islamist group is believed to have gained includes hundreds of thousands of assault rifles, thousands of armored vehicles, dozens of aircraft, tanks, artillery, sniper rifles, night-vision goggles and much more.

According to a source, no decision has been made yet as to what to do about this equipment. Experts added that the Taliban would have difficulties using the planes and helicopters because they lack experienced pilots and the opportunity to maintain the flying machines.

The Taliban has apparently started flying operations with one of the UH-60 Blackhawks they’ve captured.

According to Al Arabiya, the US authorities plan to make a decision on conducting an operation to destroy the weapons the Taliban have got their hands on after the evacuation process is completed. The possibility of air strikes on weapons depots is under consideration.

After the United States had announced the end of its military operation in Afghanistan, the Taliban launched an offensive and entered the country’s capital of Kabul on August 15, meeting no resistance. Afghan President Ashraf Ghani stepped down and fled. Western countries are now evacuating their citizens, including diplomats, from Afghanistan.