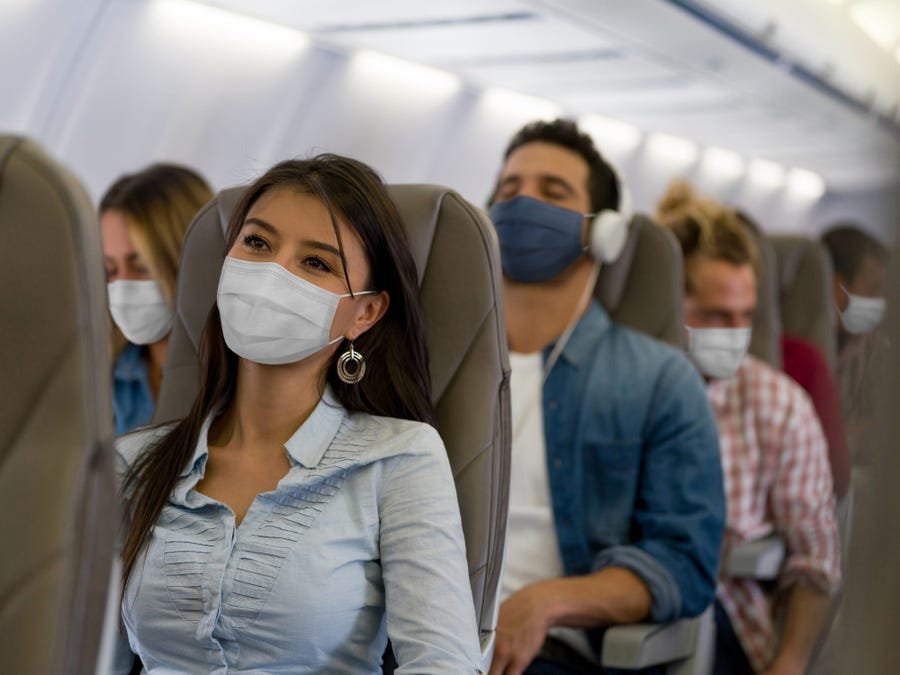 The air supply systems on commercial aircraft offer greater protection against COVID-19 than those in hospital operating rooms, research commissioned by the US Department of Defense (DOD) found.

The overall risk of exposure to COVID-19 on a flight is “very low,” the research concluded — and “virtually nonexistent” if you wear a mask.

If only one passenger on a Boeing 767 or 777 flight is infected, it would take a flight of around 54 hours for others onboard to get an infectious dose of the virus, researchers found.

The world’s longest flight, between Singapore and Newark, New Jersey, is 18 hours long.

However, researchers acknowledged that the test was limited because it was based on the flight having just one infected passenger, and didn’t involve passengers moving around the cabin.

The study was conducted over eight days in late August and carried out by Zeteo Tech, S3i, an agency of the DOD, and the University of Nebraska’s National Strategic Research Institute, in partnership with Boeing and United Airlines.

Researchers tested the infiltration of air particles in different cabin classes on Boeing 767 and 777 aircraft, the models commonly used by the DoD’s Transportation Command (USTRANSCOM) unit to move military personnel and their families.

Mannequins with and without face masks sat throughout the aircraft during both ground and in-flight tests. Fluorescent aerosol tracer particles were released at two-second intervals to simulate an infected passenger breathing.

More than 40 sensors throughout the aircraft measured the particle concentration over time. This was repeated 300 times.

The particles were rapidly diluted by the high air exchange rates on board and high-efficiency air filtration systems, the researchers found.

On average, the tracer particles remained detectable within the cabin for less than six minutes. In a typical American home, this figure would be around 90 minutes, researchers said.

“The results showed an overall low exposure risk from aerosolized pathogens like COVID-19 on these aircraft,” said Dee Mewbourne, deputy commander of USTRANSCOM.

USTRANSCOM invested in the study to see if its COVID-19 safety measures are providing the safest possible means of transportation.

“This data will help us develop strategies for cabin loading and seating configurations to mitigate potential risk of person-to-person transmission of the aerosol particles,” said Joe Pope, operations directorate liaison for the testing.

Currently, military members and families have to restrict their movements prior to a USTRANSCOM flight, wear a mask throughout, and quarantine upon arrival.

However, USTRANSCOM noted that “even with these prevention methods, a small number of travelers arrive at their destination testing positive for the virus.”

“There has been little clear evidence to date if the infections were contracted while aboard flights,” it added.