Wizz Air takes delivery of its 100th A320 Family aircraft 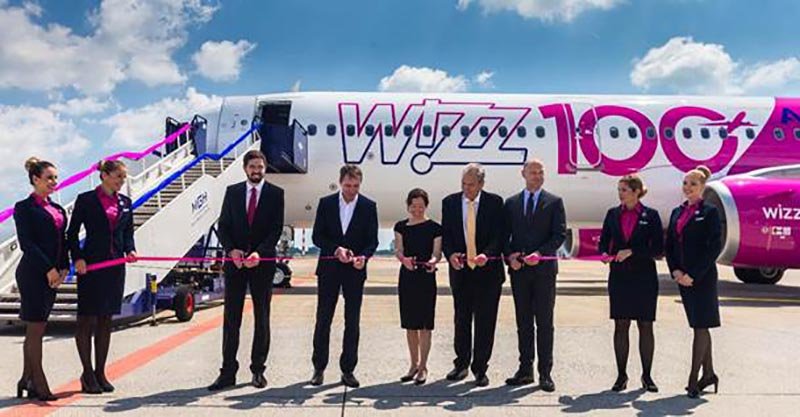 Wizz Air, one of the fastest growing airlines in Europe and the leading low-cost carrier in Central and Eastern Europe, has taken delivery of its 100th A320 Family aircraft, an A321ceo, at an event in Budapest Airport.

The aircraft carrying a special livery to mark the occasion is powered by IAE engines and configured with 230 seats. It is also equipped with “Smart Lavs”, an optimised lavatory design providing more cabin length for more seats and improved seat recline for more comfort.

The aircraft will be deployed on WIZZ’s extensive regional and international network covering 141 destinations across 44 countries in Europe and beyond.

WIZZ will take delivery of 268 additional A320 family aircraft over the coming years.