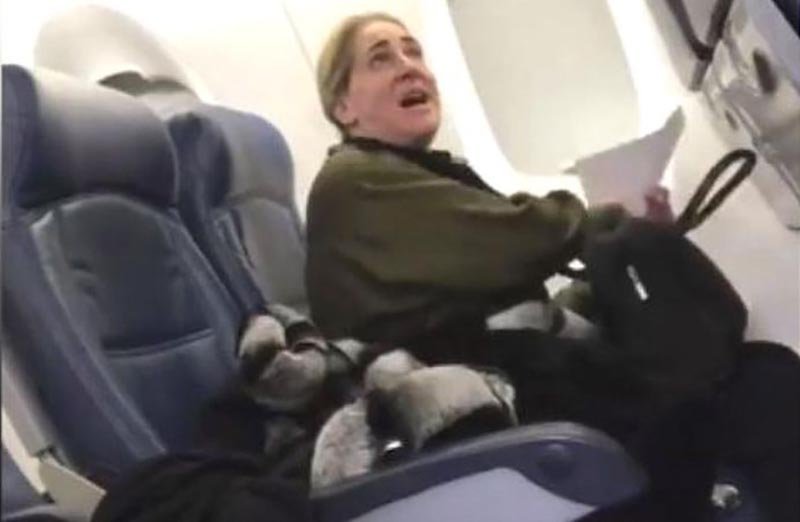 A woman who caused a scene on a Delta Airlines flight after being seated near a baby has been placed on leave from her job.

Susan Peirez was caught on cell phone video berating a flight attendant. In the video, Peirez threatens the flight attendant’s job and claims she works for “the governor.”

Peirez has now been placed on leave from the New York State Council on the Arts pending the outcome of an investigation. As of Monday, her name and image have been removed from the council’s official website.

The drama unfolded on Feb. 6 when Peirez boarded the Delta flight from JFK Airport to Syracuse, and was seated in the back of the plane.

She complained about sitting next to a child, saying she didn’t “want to sit near a crying baby.”

A flight attendant then stepped in and told Peirez she could be put on the next flight.

Peirez asked for the flight attendant’s name and told her “you may not have a job tomorrow.”

When the flight attendant said she wanted Peirez off the flight, she seemed to back off and apologized, saying she “was really stressed out.”

The flight attendant explained the drama to a supervisor, and Peirez was ultimately removed from the plane.