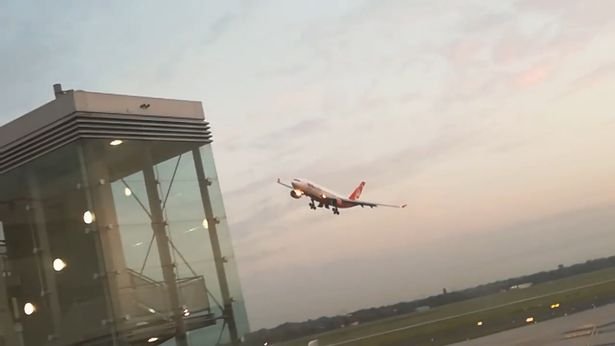 The Air Berlin Pilot who performed a controversial low pass on the airline’s final long haul landing at Dusseldorf has now been cleared by Authorities.

On Tuesday the German Bundesaufsichtsamt für Flugsicherung (BAF) (Federal Supervisory Authority for Air Traffic Control and Flight Safety) announced that the A330 pilot will not be fined for his famous move back in October.

The pilot of Air Berlin’s last ever long haul flight on October 16th (#AB7001 from Miami to Düsseldorf) performed a low pass, just 30 meters above the airport’s terminal (video). He says that he wanted to make a ‘farewell statement’ after the video went viral.

Many people worldwide criticised the pilot’s action, saying that it ‘endangered the lives’ of all people on board.

Germany’s Luftfahrt Bundesamt (LBA) (Federal Aviation Administration) was investigating the maneuver. The pilots were temporary suspended during the investigation, a standard procedure in Germany.

After examining videos, radar data and voice recordings it was found that the low pass was secure and not a misdemeanour.

All 223 passengers on board were informed 10 minutes before landing and the action was requested and coordinated with the tower at Düsseldorf Airport.

The aircraft, an Airbus A330-200 (reg. D-ABXA, wearing a oneWorld livery) was returned to its lessor GECAS and stored at Tarbes-Lourdes Airport, France on October 20th. It was re-registered to OE-IGD on December 19th, the followup lessee is not yet known.

Air Berlin filed for insolvency in August, the last few long haul flights were suspended on October 15th and 16th and all other flight operations were ended on October 28th.

Its subsidiary Niki has ended all flight operations on December 13th after Lufthansa abandoned plans to buy the Austria-based airline.

More details about Air Berlin’s leftovers and the future of air travel in Germany, here.