Few days after a first incident, another commercial aircraft almost landed at French Naval airbase instead of Brest Airport 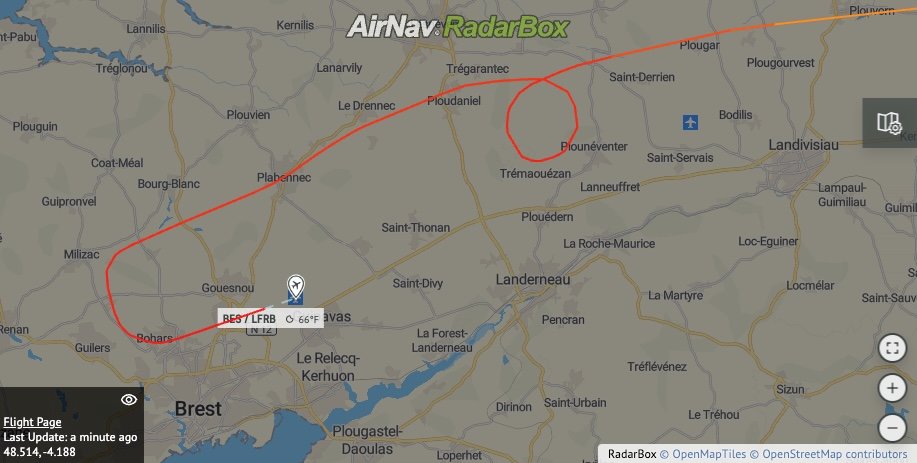 Only 9 days after a first incident, an Air France aircraft almost landed at French Naval airbase instead of Brest Airport.

Few days after a Volotea aircraft began approach to naval airbase in Brittany, an Air France A319 did about the same.

On September 19th, an Air France Airbus A321 (reg. F-GMZA) was operating domestic flight #AF7738 between Paris CDG and Brest. The pilots performed a visual left turn towards RWY07 of Landivisiau Naval Air Base.

They aborted the approach and continued to Brest for a safe landing.