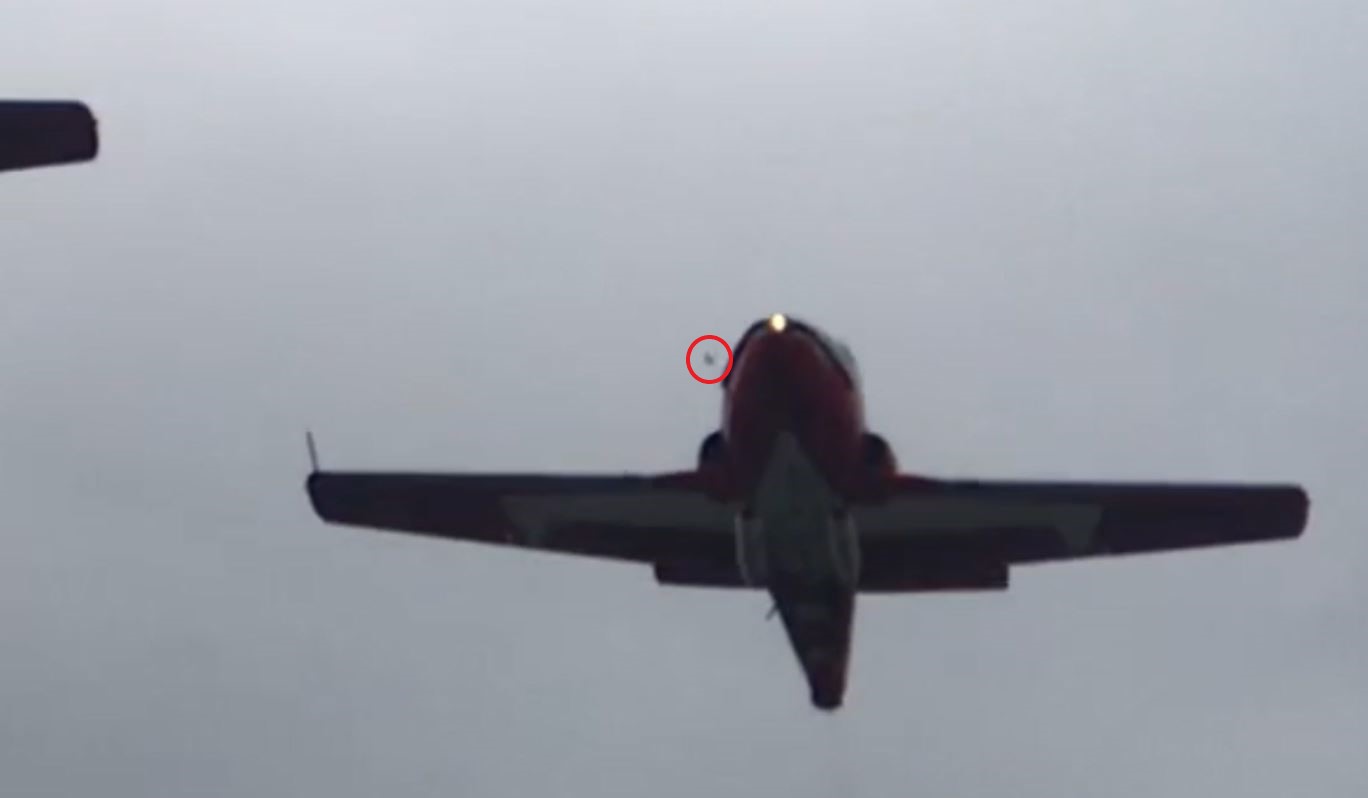 It’s a possibility that a bird strike brought down the Canadian Snowbird that killed one pilot and seriously injured another.

On 17 May 2020 the Snowbirds air demonstration team was scheduled to depart Kamloops, BC to reposition to Comox, BC as part of Operation INSPIRATION, an operation undertaken by 431 (AD) Sqn to travel around multiple sites across Canada to support COVID-19 front line workers.

Aircraft CT114161 was #2 of a formation of two CT114 Tutor aircraft. Two occupants were on board the aircraft, the pilot and the team’s public affairs officer.

After take-off aircraft CT114161 was observed gaining altitude and departing the formation. Shortly thereafter, the aircraft initiated a left turn, followed shortly by an abrupt steep nose low attitude. Both occupants subsequently ejected from the aircraft.

A detailed analysis of video footage recovered for the investigation revealed one bird in very close proximity to the aircraft right engine intake (see red circle in picture above) during the critical phase of take-off.

The two occupants ejected the aircraft however the public affair officer Captain Jennifer Casey has been killed during the accident. The pilot Captain MacDougall has been injured. The aircraft was destroyed on impact.

The investigation is focusing on environmental factors (birdstrike) as well as the performance of the escape system.